The Wall Street Journal profiles Apple's "go-slow" approach to mobile payments. In June, Apple announced the inclusion of a feature called Passbook to iOS 6. Passbook allows users to keep loyalty cards, tickets and coupons in one central app. Passbook, however, does not offer a full payment system which has been a rumored area of research for Apple. 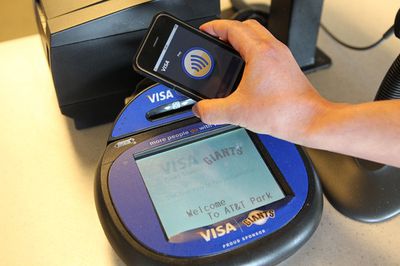 The Wall Street Journal reveals that this is a very deliberate decision from Apple:

Holding back in mobile payments was a deliberate strategy, the result of deep discussion last year. Some Apple engineers argued for a more-aggressive approach that would integrate payments more directly.

But Apple executives chose the go-slow approach for now. An Apple spokeswoman declined to comment on the decision-making process. Apple's head of world-wide marketing, Phil Schiller, in an interview last month, said that digital-wallet mobile-payment services are "all fighting over their piece of the pie, and we aren't doing that."

According to the Wall Street Journal's sources, a small group within Apple was reported to have been investigating a new service that would embed payment methods into the iPhone or even build a new payment network. Discussions reportedly included Apple facilitating payments with merchants and even all the way to the possibility of Apple to begin acting as a bank. Apple also considered simpler wallet app possibilities or working with existing middlemen and taking a small cut of each transaction.

Ultimately, Passbook is said to be the current compromise while Apple presumably waits to see how the mobile payment market matures.

nagromme
John Gruber had some convincing podcast discussion of why he thinks Passbook may be a glimpse of a really big deal, a future plan that Apple is slowly and strategically building up:

“Innovation” doesn’t automatically mean rushing ahead into the latest buzzword, succeed or fail. Apple’s style of innovation is more focused on doing a thing right than doing it rushed.

P.S. I have utterly no use for Passbook now. But if, SOME day, I can choose to no longer have a wallet, or even house keys (NFC!) I think I’ll appreciate that. Or even if I carry one “backup” ID card of some kind in case of hardware failure. Lugging my current stack of cards and cash and keys seems like something the future might not need....
Score: 11 Votes (Like | Disagree)

I'm actually glad to hear this. I want the next iPhone but am not yet comfortable with NFC technology. I'm sure there'd be an option to turn it off, but even so I'm a bit relieved they're not plunging in until more details have been ironed out.

The problem isn't the technology, security or even Apple. The real issue is that most of the industrialized world has yet to agree on a standard for NFC payments.

The Japanese and South Koreans have been using NFC contactless payment enabled cellphones since about 2005. There are no horror stories coming out of southeast Asia, so presumably they have implemented security correctly.

RFID and NFC payment systems have been around for quite a while here in the United States, but they are pretty limited. Most of the major public transit systems in large metropolitan areas have NFC rider cards. Here in the SF Bay Area, it's the Clipper Card which covers eight transit agencies. Additionally, there is FasTrak which is a statewide toll payment system; here in the Bay Area it mostly covers bridge tolls, however there are some express lane tolls it covers, both here in the SF Bay Area as well as Southern California.

Many credit card terminals in retail stores are also enabled for NFC contactless payments. Chase issues both Visa and Mastercard credit cards with PayPass NFC technology. Although no one uses it though.

It would be wonderful if my next phone could be used as a transit pass, it would remove one card from my wallet. That's actually how the "osaifu keitai" (literally "wallet phone") became popular in Japan; it acted as a Mobile Suica card for JR East, the biggest rail operator in metropolitan Tokyo.

Any hesitation by Americans about such a system is unfamiliarity or ignorance, not a problem with the technology which has been heavily used in a consumer environment for many years.

This is HIGHLY disappointing. Japan and other nations have been using NFC systems for a long time; vending machines, pay stations/check-outs, airlines - all used through NFC tech. If Apple is simply using an app that requires a barcode to be scanned as currently implemented this would be disappointing (many companies do not own the proper scanners).

Again, holding back on tech already available on other devices in order to "work out" the system (i.e. "how much money can we make off this from the banks and stores?")

Again, the problem lies with the lack of multi-national standard. American Express has recently removed NFC chips from their Blue credit card. My old one had the chip, the one recently issued does not.

In Japan, basically NTT DoCoMo said, "here is our system, end of discussion." Most readers here aren't really familiar with NTT DoCoMo, but they are *the* dominant mobile operator and were pretty close to being a monopoly for many years.

I should be pointed out that using the iPhone has a scannable electronic pass is not new. Several US-based airlines offer mobile boarding passes (I used this on American Airlines a couple of weeks ago).

This is an example of when typical competition between corporations actually does not help the consumer. We are years behind the Japanese (who introduced the wallet-phone in 2005) because dozens of companies are working on their own systems to hopefully grab a larger piece of the pie. Meanwhile, there is virtually no adoption since no merchant wants to invest heavily in a losing horse.

Undoubtedly American Express has invested millions in their now-dead NFC technology as well as their previous smart-chip card technology (I had one of those USB Blue Readers -- it provided zero benefits to me).
Score: 10 Votes (Like | Disagree)

pensoftware
I don't think they're not trying to be innovative... it's just that everyone's trying to do their own thing and to jump into such a balkanized market isn't in the best interest of Apple and their customers. Why try to start a NFC and have no stores try to adopt it because they already tried Google Wallet, or whatever?
Score: 7 Votes (Like | Disagree)

So much for being an innovative company...

Apple didn't add what "I" think is important so I'm going to throw a tantrum.
Score: 6 Votes (Like | Disagree)

3282868
This is HIGHLY disappointing. Japan and other nations have been using NFC systems for a long time; vending machines, pay stations/check-outs, airlines - all used through NFC tech. If Apple is simply using an app that requires a barcode to be scanned as currently implemented this would be disappointing (many companies do not own the proper scanners).

Again, holding back on tech already available on other devices in order to "work out" the system (i.e. "how much money can we make off this from the banks and stores?")
Score: 6 Votes (Like | Disagree)

Carlanga
NFC payments, only on the iPhone 5S :rolleyes:
Score: 6 Votes (Like | Disagree)
Read All Comments