BlueStacks Allows You to Run Android Apps on a Mac

BlueStacks announced a public alpha version of their Android App Player for the Mac today at Google I/O.

The company had originally released a beta version of their App Player for Windows back in March. The software allows users to run Android apps directly on their Windows PCs, and the newest version begins to extend that functionality to the Mac.

Their support page claims that "in the very near future", they plan on opening the Mac version up to over 400,000 Android apps:

The BlueStacks App Player for Mac OSX (alpha) supports both Lion and Snow Leopard. You can test drive a fixed set of curated apps for the first release (alpha-1). In the very near future, BlueStacks will let you select from over 400,000 Android apps to play on your Mac.

I'll admit, that I too am perplexed by this. What "amazing" Android apps don't already have an iOS counterpart?

Not the point. The point is that you'll be able to run mobile apps on your desktop/laptop OS - something you cannot do with iOS apps. Whether it's at all productive or useful is a whole another argument.
Score: 38 Votes (Like | Disagree)

devinher
I don't really get this. Why would you want to run Android apps on a Mac? Doesn't Mac already have a much better selection of quality apps than Android?
Score: 36 Votes (Like | Disagree)

chrismarle
Great, enlarged phone apps. Just what I needed on my Mac.
Score: 13 Votes (Like | Disagree)

isn't most of the android apps riddled with spyware? 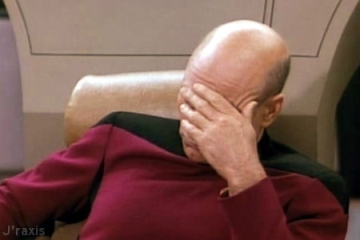 faroZ06
Bringing apps that require a touch screen to a PC with a keyboard and mouse. Genius.


There are Google apps on the iPhone. As for the emulators.... jailbreak :D:D
Score: 8 Votes (Like | Disagree)

I don't really get this. Why would you want to run Android apps on a Mac? Doesn't Mac already have a much better selection of quality apps than Android?


I'll admit, that I too am perplexed by this. What "amazing" Android apps don't already have an iOS counterpart?
Score: 8 Votes (Like | Disagree)
Read All Comments

Saturday January 23, 2021 2:42 pm PST by Joe Rossignol
Since the launch of iPhone 12 models in October, Apple has acknowledged that the devices may cause electromagnetic interference with medical devices like pacemakers and defibrillators, but the company has now shared additional information. Apple added the following paragraph to a related support document today:Medical devices such as implanted pacemakers and defibrillators might contain...
Read Full Article • 82 comments

Friday January 22, 2021 7:50 am PST by Joe Rossignol
Last week, reputable analyst Ming-Chi Kuo outlined his expectations for new 14-inch and 16-inch MacBook Pro models later this year, including the return of the MagSafe charging connector, the removal of the Touch Bar, a new flat-edged design, and the return of more ports built into the notebooks for expanded connectivity. A concept of a modern MacBook Pro with an SD card reader Kuo did not...
Read Full Article • 482 comments

Friday January 22, 2021 2:34 pm PST by Juli Clover
Samsung in January unveiled new flagship Galaxy S21 smartphones and alongside the new phones, introduced the $200 Galaxy Buds Pro, which are priced at $199 and offer Active Noise Cancellation. Subscribe to the MacRumors YouTube channel for more videos. These new Galaxy Buds Pro are clearly designed to compete with Apple's AirPods Pro, so we thought we'd compare the two sets of earbuds in our...
Read Full Article • 79 comments

Saturday January 23, 2021 11:02 am PST by Frank McShan
Microsoft yesterday shared a new ad on YouTube titled "Microsoft Surface Pro 7: The Better Choice," in which the company compares its tablet computer to Apple's 13-inch M1 MacBook Pro, as spotted by MSPoweruser. The ad highlights the Surface Pro 7's touchscreen and included stylus as opposed to only a "little bar" (the Touch Bar) on the MacBook Pro. Other advantages of the Surface Pro 7...
Read Full Article • 282 comments