Apple and Samsung have been suing each other for years, and Apple wants things to move along a little faster in the main U.S. case in California -- Apple wants to start the jury trial on July 30th as scheduled. Samsung believes the case is too large to go to trial, and wants to delay proceedings while the companies hash things out further.

Both Samsung and Apple have agreed to narrow their claims and the scope of the case in order to move things along, but the companies are still very far apart on numerous issues. Going further, Apple believes Samsung has been intentionally dragging its feet to avoid a judgement that may impact its very successful mobile products business. From an Apple pleading, via FOSS Patents:

While the parties have been readying the case for trial Samsung has vaulted into first place in worldwide sales of smartphones, with massive sales of its copycat products. Samsung's infringement of Apple's intellectual property has already resulted in damages that reach billions of dollars. [...] It is critical to Apple to start trial on July 30, to put an end to Samsung's continuing infringement.

The more than 50 cases between Apple and Samsung cover a number of technical patents, design patents, trade dress and more -- across 10 countries. Whether or not a jury trial starts this summer, the crush of mobile lawsuits likely won't be ending any time soon, regardless of what Apple CEO Tim Cook would prefer.

The best chance for ending the legal fight in the short term is the court-ordered mediation that Apple and Samsung's CEO's have agreed to participate in.

Yep, I can barely tell them apart, which one is iOS again? They look so darn similar I can't tell these days.

Lol, people like you LOVE to use notification center as an example of Apple copying. No rational person would disagree with you, Apple copied the swipe down gesture from Android. But Android copied the entire LANGUAGE of iOS. Tapping, swiping, multitouch, app store, etc. You guys conveniently either forget or choose to ignore Android copying inertial scrolling with elasticity (in certain Android products), multitouch gestures, the App Store, Mobile Safari, and the general design language of iOS applications and the iPhone hardware.

But let me guess, you'll try to argue that Apple didn't "invent" all these things, right? I guess I could play that game too, and tell you that Google didn't invent a simple swipe down gesture.

That whole argument is stupid. It's like saying that Earl of Sandwich didn't invent the sandwich because he didn't "invent" meat and bread. He didn't invent the ingredients, but he sure as hell invented the recipe. So that argument is something people try to argue when they have no rational thoughts to bring to the table.
Score: 14 Votes (Like | Disagree)

THIS is the first Android phone;

It came out more than a year AFTER the iPhone.


You do realize that you just validated his point, right?
Score: 12 Votes (Like | Disagree)

See, thats where youre wrong. If it was a copy, they'd have a case. But unfortunately Android is very different from iOS.

Riiiiiight. A little history for you. Before iPhone, Google was copying then market leader RIM: 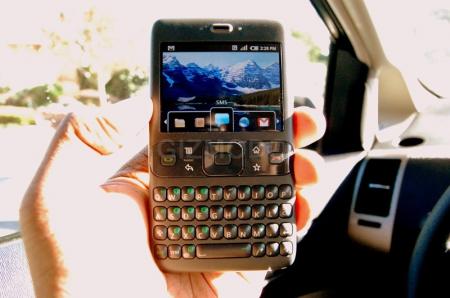 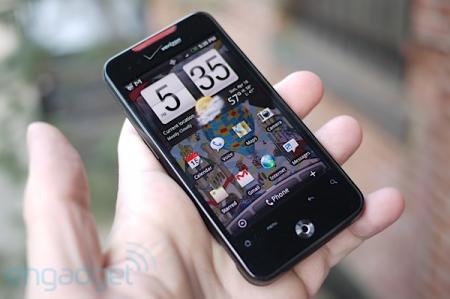 No copying going on there. No sir.
Score: 11 Votes (Like | Disagree)

Engadget just reported that Samsung and Apple are dropping their legal spat... What gives?


You should re-read that article.
Score: 10 Votes (Like | Disagree)

You mean you too think the HTC Dream aka G1 is an iPhone copy?


You are an awfully presumptuous person. I don't recall saying that. I think the root of the discussion was ANDROID being different before the iPhone launched. And the picture you posted proved it, with you even emphasizing the fact that it launched a year AFTER the iPhone. Android in 2006 was all controlled with buttons, multitouch wasn't even an option.

Your signature and posts reek of self-righteousness. You're the type of person who thinks they are "above" the mere fanboys by being overly negative of the Apple community. Instead, you're just on the opposite end of the spectrum, being overly critical and discrediting for the sake of LOOKING like you're unbiased and rational. That's not rational at all, in fact it's more irrational. People on here like Apple for their products. You on the other hand, don't like Apple because of how much other people do like them and praise them, and come on a message board to let the whole community know.

That's irrational behavior at its finest.
Score: 8 Votes (Like | Disagree)

Why do you care if apple copies or android copies? Is your iPhone experience somehow affected or worsened by the existence of Android phones?

Maybe because some people actually respect and admire innovation and creativity. I like to think that's why Apple has so many devoted fans and followers.

I don't fault Google, trust me. One look at the iPhone in 2007 and I think it was clear to most people that this was how every future phone and computing device should operate. But it irritates me when Android fans try to discredit Apple or act like Apple didn't do anything significant. These are probably the same people who said "touch screen is a fad, it will never catch on, touch keyboards won't work, etc." Now look at the devices they are using today, which have all the same elements they were formerly criticisizing about the iPhone.
Score: 8 Votes (Like | Disagree)
Read All Comments

Sunday September 25, 2022 6:50 am PDT by Sami Fathi
Apple may decide to release its remaining products for 2022, which include updated iPad Pro, Mac mini, and 14-inch and 16-inch MacBook Pro models, through press releases on its website rather than a digital event, according to Bloomberg's Mark Gurman. In his latest Power On newsletter, Gurman said that Apple is currently "likely to release its remaining 2022 products via press releases,...
Read Full Article • 137 comments