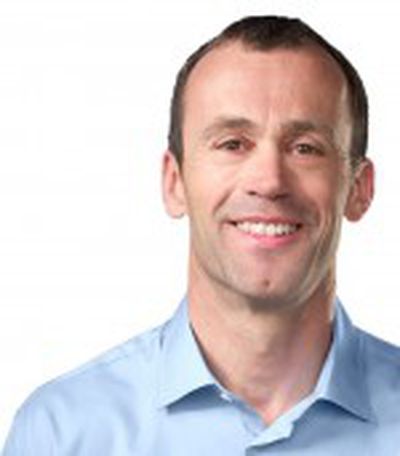 One week ago, we noted that former Dixons Retail CEO had officially started his job as senior vice president of retail at Apple. Browett's start date of April 20 was revealed by securities filling revealing that he had received stock rights currently worth $60 million as of that date.

At the time, we pointed out that Browett had not been added to Apple's leadership page on its website, but that issue has now been addressed and Browett has received his own dedicated page with the standard headshot photo and a brief biography.

John joined Apple in April 2012 from European technology retailer Dixons Retail, where he was CEO since 2007. Prior to joining Dixons Retail, Browett held a series of executive positions at Tesco plc including CEO of Tesco.com. Earlier in his career he advised retail and consumer goods clients at Boston Consulting Group.

He holds a degree in Natural Sciences from Cambridge University and an MBA from Wharton Business School.

Given that Apple lists its executives in alphabetical order with the exception of CEO Tim Cook, Browett holds a prominent position on the main page directly next to Cook. With Browett's arrival, the senior executive leadership team now includes ten members, all of whom with the exception of Browtt and general counsel Bruce Sewell have been with the company for at least ten years.

Ive is British, I think the new guy is too which is probably why he looks uncomfortable smiling. <g>

chrmjenkins
Heh, Ive is the only one not smiling on the leadership page.
Score: 2 Votes (Like | Disagree)

It appeared to me just now, we have an iOS software svp, but no OS X software one. I remember Bertrand Serlet used to be responsible for OS X. Then Craig Federighi replaced him, but nonetheless he's not present there.

So how is it with OS X? Who responsible for that?


Federighi remains a VP and so is not a member of the senior executive team. He did, however, report directly to Steve Jobs once he took over for Serlet and presumably now reports to Tim Cook.

I'm not sure why he hasn't been elevated to the SVP level.
Score: 1 Votes (Like | Disagree)


Given the state of the bloody country we've not got a lot to smile about :(
Score: 1 Votes (Like | Disagree)

Biscuit411
Wow, what a difference a haircut (and a smile) makes!
Score: 1 Votes (Like | Disagree)
Read All Comments