A pair of filings with the U.S. Securities and Exchange Commission reveal that Apple executive Scott Fortsall and board member Mickey Drexler each sold off tens of thousands of shares of Apple stock on Friday, netting millions of dollars each. 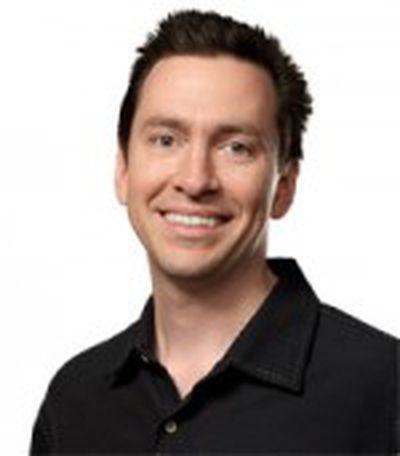 Forstall, who serves as senior vice president of iOS Software and has been a fixture in Apple's keynote presentations and media events, sold off 64,151 shares of Apple stock on Friday, netting roughly $38.7 million. Forstall gained 120,000 shares of Apple stock last month as a 2008 retention bonus of restricted stock units converted to actual stock. 55,849 shares were immediately sold off at that time to account for the taxes due on the conversion, and Forstall held on to the remaining shares until last Friday.

Following Friday's transaction, Forstall holds 2,988 shares of Apple stock, worth roughly $1.75 million at today's share price and the same number of shares he held prior to last month's vesting of his 2008 retention bonus. Forstall is also in line to receive a number of other stock grants should he remain with the company over the next several years, including a 150,000-unit grant that will vest in equal portions next year and in 2016. A separate grant of 100,000 units will vest in 2014.

Meanwhile, longtime Apple board member Mickey Drexler, who serves as Chairman and CEO of J. Crew and was previously President and CEO of The Gap, has cashed in on stock options dating back nearly a decade in order to reap a substantial windfall.


Side question: When this many shares are sold, is this when Apple use some of its cash to buy back shares in order to keep the price from dropping? So Apple coordinates with the employee to prevent the price from dipping?


Apple (NASDAQ: AAPL) has an average daily volume of more than 24 million shares traded. Drexler and Forstall together sold about 100,000 shares, or less than half a percent of the average daily "float." Its possible - but unlikely - that this many shares might exert some downward market pressure.

For obvious reasons, executives exercising options use some discretion in timing their transactions. They want to get the best price possible (consistent with their obligations under Securities law) so they typically schedule their options exercises so as not to coincide with significant company announcements.

Final note: Board Member Mickey Drexler exercised options issued in 2003 and 2004, with prices of $9.16 and $14 per share. Apple will be able to deduct from its US corporate taxes the difference between the option price and the sales price. Obviously an additional 40,000 shares publicly traded will have a certain dilution effect, but one certainly wonders if this is a great as the benefit the company will reap from a $23 million non-cash tax deduction. On the other hand, the US Treasury will benefit from the personal income taxes Forstall and Drexler will pay on their sale, which will likely be at the long-term capital gains rate of 15% - or considerably less than a Taco Bell manager would pay on a $5,000 bonus on top of his $55,000 annual salary. Something ain't right with the US tax code.
Score: 3 Votes (Like | Disagree)

So I suppose if your employer gave you this big a bonus, you would give it all to charity? Did you give 99% of your income to charity last year as well? Good for you!

Really? That's what they said about all the millionaire's buying yachts a few years back. So they taxed them big. The next year, thousands of blue collar boat builders in the U.S. lost their jobs... jobs that you say nobody is creating.

Rumor is that there are thousands of out-of-work construction workers, interior decorators, and etc. just waiting for a mini building boom after the post facebook IPO waiting period.
Score: 2 Votes (Like | Disagree)

"Restricted stock and RSUs are taxed differently than other kinds of stock options, such as statutory or nonstatutory employee stock purchase plans (ESPPs). Those plans generally have tax consequences at the date of exercise or sale, whereas restricted stock usually becomes taxable upon the completion of the vesting schedule. Restricted stock plans are not eligible for capital gains treatment, and the entire amount of the vested stock must be counted as ordinary income in the year of vesting."

Do your homework before you claim "greed", and how his "effective tax rate is so low".

Even if it *had* only been 15% he would have paid more in taxes *in one year* than you will probably make in your lifetime.

I was going to post about that too. It looks like it is taxed as ordinary income, not long term capital gains. That's some bad tax planning. He probably should have put it in his IRA/WBP over the years to at least defer the taxes.

So Apple was taxed on it, gave it to Scott, then he was taxed on it again. When the government gets 25/42 that means the owners only get .75x.68 or 51% . It is bad social policy to give the government 50% of the fruits of people's labor. It destroys capital that would otherwise go into expanding jobs either with direct investment or through savings which banks leverage into business loans and mortgage loans of benefit to real people in their real lives.

econgeek
The reason for selling, and for selling all of what just vested, is because they need to diversify. All their net worth (and their employer) is Apple.

If you're an investor, you should be more concerned about what apple will be like in a year or three.... and in three years I expect Apple will be over $2,200 a share.

applefanDrew
I wonder what it's like to go home, in one day, with $38.1 million. I'll never know
Score: 2 Votes (Like | Disagree)

kenfused
They are required to date transactions months in advance or longer, so they cannot be accused of insider trading or dumping the stock before bad news. This is common practice.
Score: 2 Votes (Like | Disagree)
Read All Comments

Thursday September 29, 2022 12:38 pm PDT by Juli Clover
Tony Blevins, Apple's vice president of procurement, is set to depart the company after he made a crude comment about his profession in a recent TikTok video, reports Bloomberg. Blevins was in a video by TikTok creator Daniel Mac, who was doing a series on the jobs of people he spotted with expensive cars. After seeing Blevins in an expensive Mercedes-Benz SLR McLaren, Mac asked Blevins what ...
Read Full Article • 599 comments