In the wake of yesterday's announcement that the U.S. Department of Justice has filed an antitrust lawsuit against Apple and a number of book publishers over alleged price fixing, CNET notes that the government may have a hard time winning its case against Apple. The publishers may, however, find themselves on the losing end of the case should they be unwilling to settle.

"It's a harder case against Apple than the publishers," says Geoffrey Manne, who teaches antitrust law at the Lewis and Clark Law School in Oregon and runs the International Center for Law and Economics.

One reason lies in the Justice Department's 36-page complaint, which recounts how publishers met over breakfast in a London hotel and dinners at Manhattan's posh Picholine restaurant, which boasts a "Best of Award of Excellence" from Wine Spectator magazine. The key point is that Apple wasn't present.

But even the case against the publishers is not a sure thing for the Department of Justice. Some experts suggest that even amid claims that the publishers met to discuss a shift to an agency model being championed by Apple, the publishers may not be found guilty of antitrust violations.

Specifically, the Supreme Court has ruled in the past that pricing arrangements among competitors are not automatically considered to be violations of antitrust law, and that the setting of minimum retail pricing by manufacturers is a permitted policy. 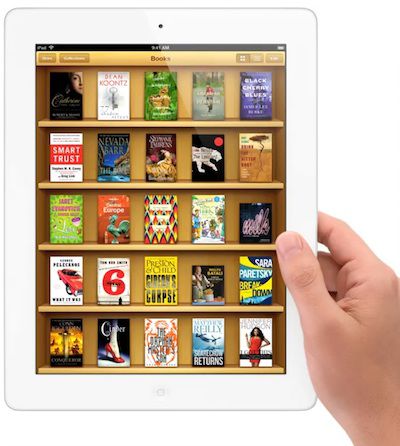 Several of the publishers involved in the lawsuit have already settled, but Macmillan and Penguin are holding out along with Apple to fight the case. Almost immediately following the filing of the Department of Justice's lawsuit, a number of states filed their own claims against the companies, citing customer overcharges of over $100 million since the move to an agency model of pricing. Regulators in other countries are also reportedly looking at whether they wish to take action on the matter.

So they weren't even present, and the publishers control the price? Umm.... why is Apple being sued again?


I thought it was due to the "Most Favored Nation" clause?
Score: 8 Votes (Like | Disagree)

So they weren't even present, and the publishers control the price? Umm.... why is Apple being sued again?

Apple is being sued because it has agreements with the publishers who are accused of trying to use the agency model to allegedly price fix and is therefore considered complicit in the act. Apple is in effect "aiding and abetting" the alleged price fixing in the government's eyes by providing a vehicle through which the publishers can price fix.
Score: 7 Votes (Like | Disagree)

spiderman0616
If Apple or the other publishers lose this battle, you are going to see Amazon being turned into the Walmart of e books. They can just undercut like crazy until everyone else shrivels and dies. It's suing one problem and protecting a whole other problem.

I personally like the agency model because it actually supports the industry. I'm not defending Apple's methods, because I still don't know if they're guilty of anything illegal or not, but I'm just saying that I'm not in favor of paying less for something if in turn it kills the company providing the content to me.
Score: 7 Votes (Like | Disagree)

However, it would not be a problem if Apple simply individually negotiated terms with each publisher, even if the publishers told Apple what other deals they received, or if Apple told the publishers what other publishers were willing to accept. Unilateral action is OK, and revealing other deals is a legitimate attempt to gain leverage. That's the crux of Apple's defense in the separate class action lawsuit.


QFT. The CNET article is heavily spun, which is not surprising considering who wrote it. Legal analysts are going to be all over the map at this point, if only because they've seen only the government's complaint, not Apple's or the publisher's responses. But if you quote libertarian think tanks you are going to get predicable results.

Obviously it's the publishers who are at the pointiest end of the stick, but I don't think Apple needs to have been present at any meetings to be found a party to price fixing. It's going to be difficult to claim that all of these publishers came to the same terms with Apple by mere coincidence. The one quoted email from Jobs pretty much refutes that theory anyway.

All antitrust cases are difficult for the government to prosecute. Citing the DoJ's failures in recent history isn't telling close to the whole story, since most of these cases never make it to trial. They are overwhelming settled out of court by consent decrees, in which the government typically gets at least some of the changes they are seeking. Mr. McCullagh doesn't share that little factoid with us because it doesn't make the government look blithering.
Score: 6 Votes (Like | Disagree)

Another waste of taxpayer dollars... :rolleyes:


Yep. The DOJ should be more concerned about regulating the price of gasoline and food, so we the consumers don't have to keep paying those outrageous prices. People can choose to buy or not to buy a book, but people have no other choice than to buy gas and food.

What happened to paying under $1 per gallon?
Score: 5 Votes (Like | Disagree)

They essentially killed book stores buy undercutting them so there are few left, and did the same to ebooks with 90% of the market because they were selling below cost.