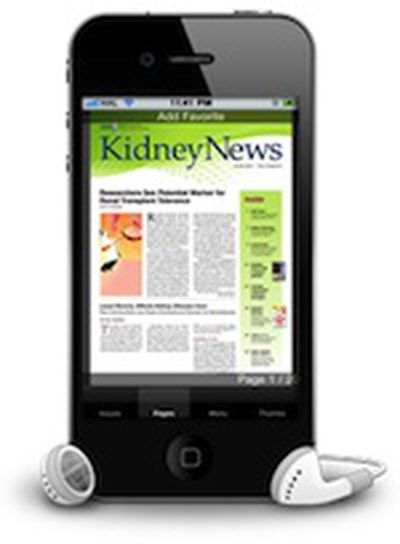 Reuters reports that five people have been charged with intentional injury in southern China after a teenager sold one of his kidneys in order to purchase an iPad and iPhone. According to the report, those charged include the surgeon who removed the kidney and another person who arranged for the transplant into an undisclosed recipient.

The boy, identified only by his surname Wang, now suffers from renal deficiency, Xinhua quoted prosecutors in Chenzhou city, Hunan province as saying.

According to the Xinhua account, one of the defendants received about 220,000 yuan (about $35,000) to arrange the transplant. He paid Wang 22,000 yuan and split the rest with the surgeon, the three other defendants and other medical staff.

The report indicates that Wang is from Anhui, one of the poorest provinces in China, and that he is suffering from renal deficiency since the transplant, a condition that is continuing to worsen. Interestingly, a nearly identical story surfaced last June, and while the teenager in that case was identified by a surname of "Zheng", the cases are so similar in their details that they may be referring to the same event.

Trading and sale of human organs is banned in China, where low organ donation rates have led those in need of transplants to seek out alternatives to established organ matching programs.

Supacon
What the hell does this story have to do with Apple or its products? The point is that the idiot sold his organ for money; what he intended to buy with it is pretty irrelevant.
Score: 58 Votes (Like | Disagree)

notabadname
Just wait for the Samsung commercial that comes out for this one.
Score: 22 Votes (Like | Disagree)

King Flamez1
you know your products are good when people would trade their organs for them
Score: 15 Votes (Like | Disagree)

I dunno what he was thinking when he did that...