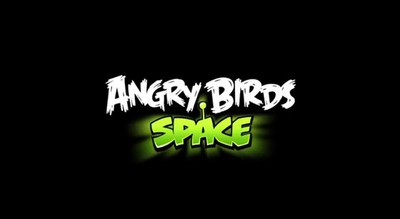 Rovio is expanding the Angry Birds universe once more. Angry Birds Space is launching on March 22 and a teaser trailer went live this morning that combines official NASA footage with some "out of this world" gameplay.

"Our focus is to delight our fans and we're excited to launch Angry Birds Space on multiple platforms," Rovio's North America general manager Andrew Stalbow said in an e-mailed statement. "In the build up to launch, we're going to make a global online announcement on Thursday March 8th at 10 AM New York time on angrybirds.com/space, and we hope our fans from around the world will tune in for what will be an out-of-this-world experience."


Angry Birds Space will be available March 22 for iOS and the Mac.
45 comments

imgonephishin
I just don't get it.

I bought Angry Birds a year ago. I played it. It was fun. It exactly what I'd expect from a $.99 game--nothing more, nothing less. The way it's captivated this country's attention is mind-boggling and the explosive growth of the Angry Birds universe is going to be used as case studies for coming generations of marketing students showing how to strike when the iron's hot. You can't walk through the store without seeing Angry Birds plush toys, gummi candies, stickers, shirts, physical games, etc... My kid got an Angry Birds band-aid at the Dr.'s office today after his shots.

Check out every press release for every tablet or phone released in the last 12 months or so. Every single one plasters the Angry Birds logo on the home screen. "Look! We're legit!! We've got Angry Birds!" It's as if that's a more important litmus test then any specifications, or the OS, or the price. Can it run Angry Birds?

Hell, it's even partnered with a Hollywood blockbuster.

I do have to wonder what the long-term shelf-life will be for the franchise or if they've expanded too quickly and will implode. Not that Rovio will be upset. They've thrown gasoline on the fire and I'm sure they're laughing all the way to the bank. Better to make $500 million for one year (note: I just made that number up--I have no idea what kind of money it makes) than $1 million a year for 5 years.
Score: 13 Votes (Like | Disagree)

Rumor has it that in this version, you have to shoot your birds over a shark.
:rolleyes:
Score: 6 Votes (Like | Disagree)

Angry birds best game ever made. Right up there with FarmVille.


Love Birds. But Farmville? I'd rather stab myself in the head with a fork.
Score: 6 Votes (Like | Disagree)

rdowns
Will MacRumors be covering the live launch? :rolleyes:
Score: 5 Votes (Like | Disagree)

sweetbrat
I've played Angry Bird a few times, and it's ok for a few minutes. I honestly don't understand why people are so addicted to it. Hubby loves it. My nieces and nephews play it as much as their parents will let them. I just don't get the fascination with it. I thought it would have worn off a long time ago, but they just keep making more. Guess it's just not my thing.
Score: 3 Votes (Like | Disagree)

Love Birds. But Farmville? I'd rather stab myself in the head with a fork.


Take a picture when this happens please.
Score: 2 Votes (Like | Disagree)
Read All Comments

Friday July 10, 2020 7:24 am PDT by Eric Slivka
Apple and Foxconn have reached a key milestone in the development of Apple's long-rumored augmented reality headset, with the semitransparent lenses for the device moving from prototype to trial production, reports The Information. Apple is developing the lenses on a single production line at a Foxconn factory in Chengdu in southwestern China, where most of Apple’s iPad production is...
Read Full Article • 90 comments