Apple today announced that it has released the first developer preview of the company's next-generation operating system, named OS X Mountain Lion. The release will bring over 100 new features, including a number of those familiar to iOS users such as Messages, Notes, Reminders, Game Center, Notification Center, Twitter integration, and AirPlay Mirroring. The first developer preview is available to registered developers today, with a public launch through the Mac App Store scheduled for late this summer.

“The Mac is on a roll, growing faster than the PC for 23 straight quarters, and with Mountain Lion things get even better,” said Philip Schiller, Apple’s senior vice president of Worldwide Marketing. “The developer preview of Mountain Lion comes just seven months after the incredibly successful release of Lion and sets a rapid pace of development for the world’s most advanced personal computer operating system.”

OS X Mountain Lion included deeper integration with iCloud to automatically configure services like Mail, FaceTime, and Find My Mac, while iCloud Documents handles automatic push syncing of documents across devices. Security is also a focus in the upcoming release, with a new feature called Gatekeeper helping users to specify from which sources apps may be installed on their computers.

Finally, Apple is continuing its emphasis on expanding into China with substantial improvements for Chinese users included enhanced Chinese input methods and the addition of Baidu as a search engine option. Integration with Chinese email and video hosting sites as well as the Sina weibo microblogging service is also included.

Advance previews of OS X Mountain Lion are available from a number of sources:

And perhaps most interestingly, Daring Fireball's John Gruber relates the private briefing he received from Phil Schiller and other Apple executives.

igazza
I didn't expect that
Score: 75 Votes (Like | Disagree)

Patrick J
I love the fact that this came out of the blue, and it really seems to be a polish to Lion. Apple is moving in the right direction.
Score: 50 Votes (Like | Disagree)

Mac21ND
I thought it was April Fools Day for a second... nice surprise.
Score: 43 Votes (Like | Disagree)

According to Wikipedia:
"The cougar (Puma concolor), also known as puma, mountain lion, mountain cat, catamount or panther, depending on the region, is a mammal of the family Felidae, native to the Americas. This large, solitary cat has the greatest range of any large wild terrestrial mammal in the Western Hemisphere,[3] extending from Yukon in Canada to the southern Andes of South America. An adaptable, generalist species, the cougar is found in every major American habitat type. It is the second heaviest cat in the Western Hemisphere, after the jaguar. Although large, the cougar is most closely related to smaller felines and is closer genetically to the domestic cat than to true lions."
Score: 36 Votes (Like | Disagree)

pewra
Did not see this one coming.

Anyone guess what default setting for Gatekeeper will be, hmm could it be the App store only ??? 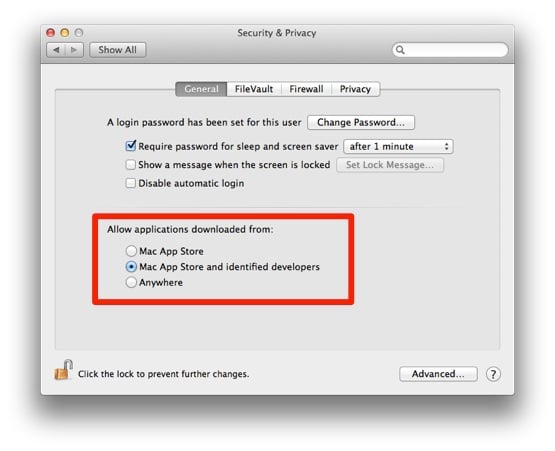 My favorite Mountain Lion feature, though, is one that hardly even has a visible interface. Apple is calling it Gatekeeper. Its a system whereby developers can sign up for free-of-charge Apple developer IDs which they can then use to cryptographically sign their applications. If an app is found to be malware, Apple can revoke that developers certificate, rendering the app (along with any others from the same developer) inert on any Mac where its been installed. In effect, it offers all the security benefits of the App Store, except for the process of approving apps by Apple. Users have three choices which type of apps can run on Mountain Lion:

Only those from the App Store
Only those from the App Store or which are signed by a developer ID
Any app, whether signed or unsigned
The default for this setting is, I say, exactly right: the one in the middle, disallowing only unsigned apps. This default setting benefits users by increasing practical security, and also benefits developers, preserving the freedom to ship whatever software they want for the Mac, with no approval process.

Call me nuts, but thats one feature I hope will someday go in the other direction  from OS X to iOS.