Following last night's premature access to iTunes Match some users in international markets were able to achieve through their iTunes Store account pages, the service now appears to officially be going live in several countries. 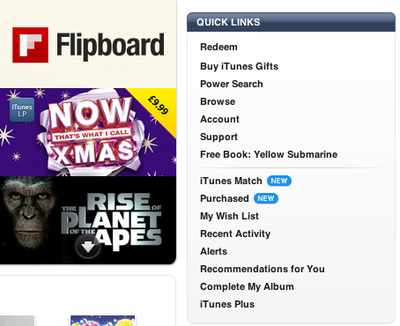 Users in those countries are reporting successful sign-ups for the service, and we're waiting to hear confirmation on whether it is indeed fully functional at this time.

Update 2: Users are reporting that the iTunes Match does appear to be working in the new countries, with subscribers' libraries being matched.

Another F - up by Mr Cook! Am very disappointed.

Iphone 4s was disappointing as was the Ipad2 just a thinner iPad. The iTV is delayed and competitors are releasing internet TVs. iPad 3 just looks like it has a better display. Where is the 220gb iPod classic and 128gb iPad? Where is the 15 inch macbook air with 500gb flash drive.

C'mon apple, pull your socks up and 'get with it' before your competitors do.


Mate- you seriously need to chill.
Score: 6 Votes (Like | Disagree)

Have waited months for this ;delayed' service to arrive in the UK, and now when I try and use it, I receive this message:

To participate in iTunes Match, your library must contain no more than 25,000 songs that were not purchased from the iTunes Store.

Another F - up by Mr Cook! Am very disappointed.

Iphone 4s was disappointing as was the Ipad2 just a thinner iPad. The iTV is delayed and competitors are releasing internet TVs. iPad 3 just looks like it has a better display. Where is the 220gb iPod classic and 128gb iPad? Where is the 15 inch macbook air with 500gb flash drive.

C'mon apple, pull your socks up and 'get with it' before your competitors do.


Seriously!? The 25k song limit was well advertised, this shouldn't come as a surprise to you :rolleyes:
Score: 6 Votes (Like | Disagree)

None of us have heard anything on iTunes Match since it was announced by Steve. Months of delay without any further announcements.

I think you're right, it will increase over time. But being such a huge music fan, I hate waiting. I really need to back my music up now, not in 2012. Part of my trade is as a musician and a lot of the songs are my own work, would be great to have them in the cloud system. I'm only 4000 songs over the limit too.


If you value your music that much I really suggest you invest in a backup solution of your own. The cloud is for convenience, it's not a serious backup solution.
Score: 5 Votes (Like | Disagree) 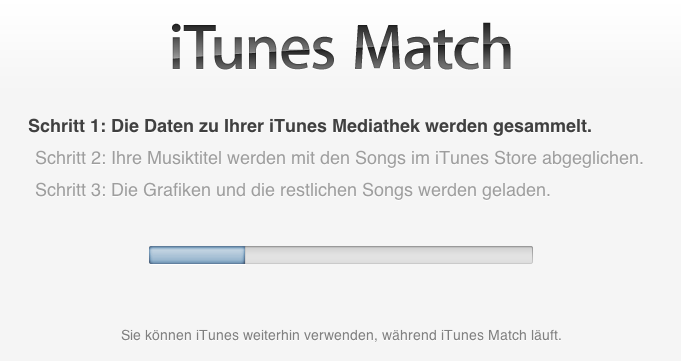 Im so disappointed in Itunes Match. I wish I could get a refund but they said no, so I have to wait a year. I mean it's not a streaming service. All it does is allow you to download songs to your devices from anywhere and have the time it freezes up or doesn't download them all. This happens on 3 devices.

JackieTreehorn
We Dutchies are probably left behind because we have a judge that allows the Samsung Galaxy Tab to be sold here...:D
Score: 3 Votes (Like | Disagree)
Read All Comments

Friday May 7, 2021 6:55 am PDT by Sami Fathi
According to Apple leaker Jon Prosser, Apple's upcoming release of the MacBook Air will feature various colors, similar to the colors in the newly released 24-inch iMac. In the latest video of his YouTube channel Front Page Tech, Prosser says the same source who accurately provided him information on the first Apple silicon iMac coming in colors has told him that he recently saw a prototype...
Read Full Article • 348 comments

Sunday May 9, 2021 2:00 am PDT by Sami Fathi
Zoom, a hallmark platform used by millions during the global health crisis, has been given access to a special iPadOS API that allows the app to use the iPad camera while the app is in use in Split View multitasking mode. This case of special treatment was first brought to attention by app developer Jeremy Provost, who, in a blog post, explains that Zoom uses a special API that allows the...
Read Full Article • 294 comments