FOSS Patents reports that Motorola Mobility has won an initial ruling in Germany that could allow the company to bar Apple from selling the iPhone and 3G-capable iPad models throughout the European Union. The court found that Apple's products violate a patent related to the GPRS data service used over cellular networks. 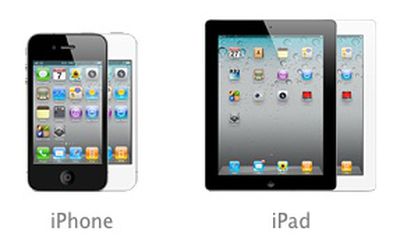 Interestingly, the patent in question is one that Apple had argued was essential to the GPRS standard, making Motorola required to license the technology under FRAND (fair, reasonable, and non-discriminatory) terms. The patent has indeed been declared essential to the standard, but the court ruled in Motorola's favor in part because Apple did not satisfy the requirements for making a binding offer to license the patent in question.

Essentially, they can't just hold a FRAND defense against a patent holder who's suing them. Instead, they have to proactively make efforts to procure a license on FRAND terms by making an irrevocable, binding offer to the patent holder and by posting a bond for ongoing royalties.

Only if the FRAND patent holder denies a license despite having such an offer on the table, the defendant can claim that an injunction would result in a violation of competition law and, as a result, should not be granted.

The suit officially names all iPhone models with the exception of the iPhone 4S, which was released after the case was initiated. The ruling would, however, still apply to the iPhone 4S given that the ruling generally covers all devices that implement the invention. 3G models of the original iPad and iPad 2 are also specifically named as infringing products.

In its ruling, the court ordered Motorola to post a $134 million bond should it wish to enforce the preliminary injunction against Apple, a sum that would be used to reimburse Apple should the injunction be overturned on appeal. Apple will obviously be appealing the ruling, and will also be requesting a stay to prevent the injunction from being enforced while the appeals process takes place.

Barring a successful appeal, Apple's options are to either obtain a license from Motorola for the patent in question or to engineer around the patent. But given that the patent's technology has been declared essential to the GPRS standard, the latter option may not be possible.

“We are pleased with the court’s ruling. Today’s decision validates Motorola Mobility’s efforts to enforce its patents against Apple’s infringement,” said Scott Offer, senior vice president and general counsel of Motorola Mobility. “Motorola Mobility has worked hard over the years to build an industry-leading intellectual property portfolio that is respected by the telecommunications industry, and we are proud to leverage this portfolio to create differentiated innovations that enhance the user experience. We will continue to take all necessary steps to protect our intellectual property, as the Company’s patent portfolio and licensing agreements with companies both in the U.S. and around the world are critical to our business. We have been negotiating with Apple and offering them reasonable licensing terms and conditions since 2007, and will continue our efforts to resolve our global patent dispute as soon as practicable.”

Update 2: Apple has provided an official statement to AllThingsD noting that it will appeal the decision and that any potential injunction would not affect Apple's sales before the holidays.

“We’re going to appeal the court’s ruling right away,” an Apple spokesperson told AllThingsD. “Holiday shoppers in Germany should have no problem finding the iPad or iPhone they want.”

I think apple in this case might just pay Motorola and come to an agreement instead of engaging in a long court room battle, halting the sales. it would probably cost apple more to fight in court room.
Score: 21 Votes (Like | Disagree)

Gen
You shouldn't cheer for the law when it's "winning" for Apple and then root against it when it's "losing" for Apple... sort of defeats the purpose of the law. :rolleyes:
Score: 20 Votes (Like | Disagree)

It's depressing to watch all of these patent battles. Everyone suing everyone else. Ridiculous.
Score: 16 Votes (Like | Disagree)

danny_w
Well it's about time actually. Apple has been so litigious of late that they must expect some lawsuits to go against them and so must be ready to take their own medicine. I am getting so sick and tired of all of these lawsuits.
Score: 15 Votes (Like | Disagree)

Oh goody goody the Samsung / Motorola's Troll's are coming out.


Come now... Apple is doing the same thing to Samsung / HTC ... Everyone is suing everyone it seems.
Score: 12 Votes (Like | Disagree)
Read All Comments