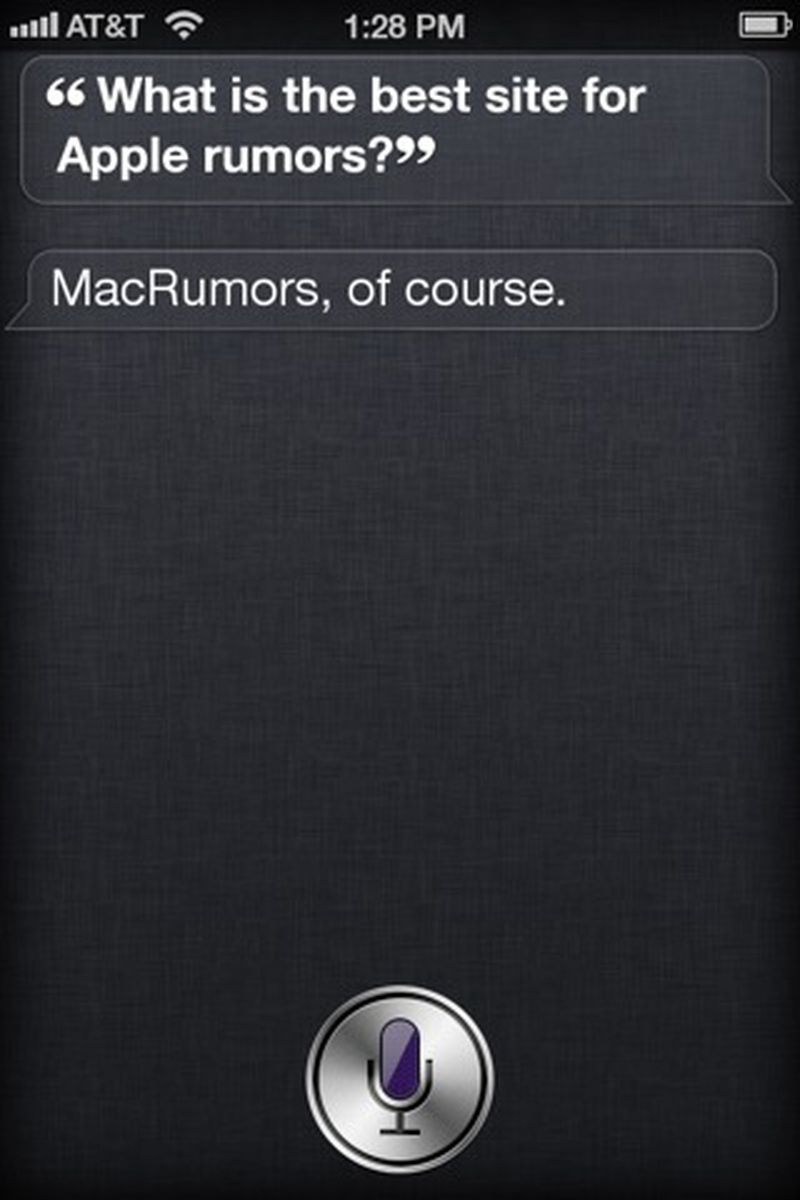 Memo86
Real screenshots was fun, this is lame.
Rating: 10 Votes

(Kidding, kidding, I use AT&T, and I do get five bars sometimes. The real tip off for my friends will be the fact the time isn't in 24-hour and the battery percent isn't displayed.)
Rating: 9 Votes

And doesn't the mic have a purple glow? :D


Only when Siri is listening.
Rating: 4 Votes

interrobang
It's like an invitation. "Trolls, start your hotlinkin'"

Megagator
This is going to be fun...
Rating: 2 Votes

MattG
The font is off :)
Rating: 2 Votes

mrxak
One key difference I should point out is that Siri doesn't pick up on punctuation when you ask her a question, unless you're explicit...

"What is the best site for Apple rumors question mark"

Nobody would say this when talking to Siri, so Siri never shows a ? when you ask her a question.
Rating: 1 Votes

Strobe
You can tell it's fake because there is no way there would be that much battery left that far in the day...
Rating: 1 Votes

BJB Productions
Oops, I think we just blew up their servers. :o


..not loading here. Either of websites.
Rating: 1 Votes
[ Read All Comments ]