Smaller SIM Card Standard Could Be Ready Next Year

Following on Apple's proposed standard for smaller SIM cards, a German company has proposed its own standard. Giesecke & Devrient, the company that developed the world's first SIM card, has proposed the so-called "nano-SIM" as a card one-third smaller and 15 percent thinner than the current smallest card, the micro-SIM, that's used in the iPhone 4 and 4S and both generations of 3G iPad.

Apple has expressed a distinct interest in reducing the size of or eliminating SIM cards entirely, moves which would save space to allow Apple to either further shrink its devices or make room for other new or larger components. Late last year, Apple was said to have worked with Gemalto to develop a built-in SIM card which would use a chip to store subscriber information. But while the GSM Association and several carriers appeared to be in support of Apple's idea, other carriers threatened to withhold iPhone subsidies if Apple moved forward with the plan, objections that reportedly led to Apple scrapping the soft-SIM idea, at least for the time being.

With carriers nixing the idea of SIM card-less GSM phones, Apple apparently refocused its efforts on shrinking the size of the card further than the current micro-SIM size. Those efforts led to Apple's proposal for the new SIM card standard, which has been under review by the European Telecommunications Standards Institute (ETSI) and has the support of a number of carriers. 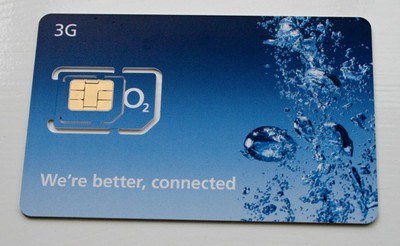 According to today's report, G&D has submitted its design to the ETSI, the standards organization behind the three standard sizes of SIM cards (full-size, mini-SIM, and micro-SIM), illustrated above. It is unclear, however, whether the nano-SIM design discussed in today's report is related to Apple's proposed design. Regardless, ETSI reportedly hopes to have the new nano-SIM format standardized by the end of this year, and an adapter will exist to make the new SIM backwards-compatible with older devices.

Do we still need Sim cards? Couldn't the users information be sent right into the phone itself once its been activated by them?

Yes, we need SIM cards, otherwise you lose the ability to swap them out for local ones when you travel or to by an unlocked phone and choose an unofficial carrier.

I don't want to see a return to CDMA style phones that are programmed for one carrier.
Score: 8 Votes (Like | Disagree)

Then how do you log into different email accounts from the same device, or the same account from different devices? Why can't phone accounts be the same? If you go abroad, you'd simply buy a username + password, type it into your phone, and there you go, no need for a stupid SIM. As for locking phones, carriers could still lock devices and prevent the use of an account other than the one authorized.

SIM cards are ancient technology and they are pointless. Their only use is to annoy the hell out of you at airports, when you have to remove the phone's battery to swap out the SIM, resulting in the phone forgetting the date, the time and the time zone, and requiring you to reset all that each and every single time you swap your SIM card out. True, the iPhone doesn't have that limitation, but SIM cards are still pointless.

that's not true. a sim card hosts a chip that can be interrogated and gives trustful answers never revealing the inner secret key. it's the only way to phisically hold an identity. you can decide to swap such identity among several devices and be always confident no one -NOT EVEN THE DEVICE ITSELF- will ever steal it unless they grab it from your own hands. a password wouldn't be as reliable. sim card is something used in so many domains...it will never be ancient. when we talk about sim card we are not talking about a piece of hardware but an ideal solution to a problem. you may change the name and the shape...but that's THE solution
Score: 7 Votes (Like | Disagree)

...resulting in the phone forgetting the date, the time and the time zone, and requiring you to reset all that each and every single time you swap your SIM card out...


What old school **** phone are you using? My mobile phones for the last 10+ years have remembered date and time for at least some time after removing the battery.
Score: 6 Votes (Like | Disagree)

Rodimus Prime
I really hope the proposal is rejected.

Apple reason for the new standard is to make it more difficult to jump between devices.
Score: 5 Votes (Like | Disagree)

Amazing Iceman
As a phone user, SIM Cards are a good thing to have.

Just think about it and you'll figure out why:

You can switch phones easily by moving your SIM Card to another phone. Your Plan travels with it. Otherwise, you'll need to call your carrier and give them certain information so they could update their system and give you access back. A total pain, specially if they decide to charge you a setup fee (or extend or modify your contract) every time you switch phones.

Making SIM Cards smaller makes sense, as the card itself may seem small, but the socket where it plugs in takes a lot of valuable space inside a phone.
Score: 3 Votes (Like | Disagree)

goobot
Have any devices even adopted the micro-sim yet besides iOS devices?
Score: 3 Votes (Like | Disagree)
Read All Comments