Earlier this month, case manufacturer Case-Mate drew some attention for promotional images that briefly appeared on its site showing cases for the rumored redesigned "iPhone 5" form factor. Case-Mate quickly pulled the page, however, replacing it with a signup form for potential customers to receive information, as well as a note indicating that the company believes that Apple will be releasing both iPhone 4S and iPhone 5 models next month.

Hope for the arrival of the redesigned iPhone 5 form factor has been waning as Apple's media event approaches with no concrete signs of the device, but BGR reports that Case-Mate's iPhone 5 cases have now appeared in AT&T's inventory database. 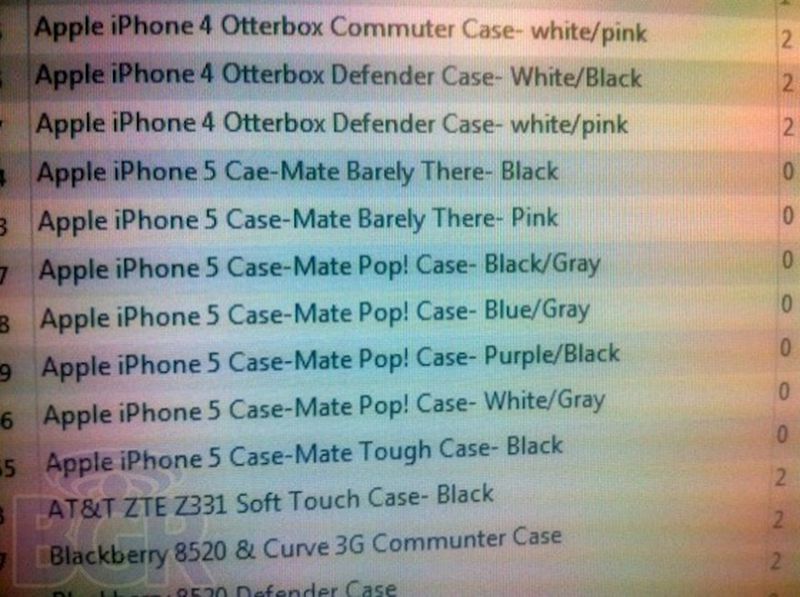 The entries point to three different case designs for the iPhone 5, including versions of its Barely There, Pop!, and Touch Case lines. The appearance of the cases in AT&T's inventory system is certainly not significant evidence that Apple will be introducing a redesigned iPhone 5 next week, but it is interesting that the carrier is apparently at least making the effort to arrange for offering cases based on the design.

Update: TiPb actually reported on this development over this past weekend.

Jbrumz85
Good to see some iPhone 5 stuff instead of this 4s crap
Rating: 13 Votes

I could tell you that my best friend works at AT&T and that he took a picture of his computer screen at work showing the inventory database..

Or i could tell you that I just made my own "inventory database" image with photoshop, took a picture with my iPhone and posted it here.

Easy as that..
Rating: 6 Votes

yinzers87
Um, if the image is accurate, then there is definitely an iPhone 5 in that design. AT&T is absolutely aware of what the new iPhone is going to look like, they've already field tested it for network stability at this point. It's not as if AT&T would order cases not knowing if they were going to need them or not. They aren't the greatest mobile service, but they certainly are not complete morons.
Rating: 4 Votes

macintoshdaddy
Is it going to be an iphone 4s or an iphone 5? Enough already!
Rating: 4 Votes

msb3079
How is this "not a big deal"? This is some of the most concrete evidence YET.
Rating: 3 Votes

FrankySavvy
Why does Macrumors keep shooting down the iPhone 5 rumors?

I think the case matte iPhone 5 cases being sent to AT&T and the WSJ article is pretty good evidence!

As much as I'd like to believe we're getting a redesigned 5, I doubt it. More likely this is


They are marked "0" because they are not in stock, Einstein.
Rating: 2 Votes 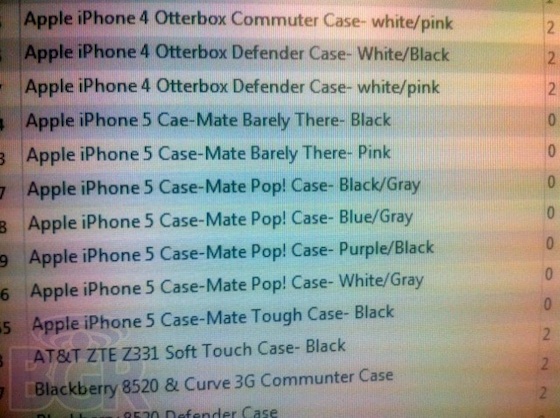 As much as I'd like to believe we're getting a redesigned 5, I doubt it. More likely this is