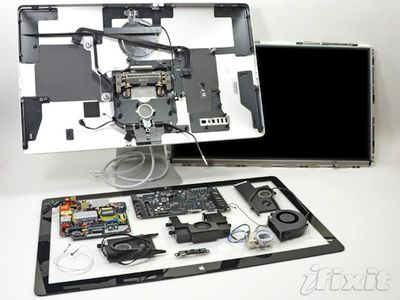 iFixit has managed to get its hands on one of Apple's new Thunderbolt displays, subjecting it to one of the firm's usual thorough teardowns. iFixit was pleasantly surprised at how easy it was to disassemble the new display, and upon opening found a considerable amount of hardware inside to support the display and the docking station functions included in the package.

Both sides of the logic board are packed with enough chips that it’s hard to believe there’s no computer inside this display. Standouts include:

The display also includes an integrated 49-watt, 2.1-speaker sound system with a small 1-inch subwoofer, as well as a 720p FaceTime camera and integrated microphone.

We chatted with iFixit's Miro Djuric about the curious observation that Mini DisplayPort displays can not be daisy chained off of an Apple Thunderbolt Display unless another Thunderbolt device is placed between the two displays in the chain, but the teardown unfortunately does not reveal the source of this limitation.

Some speculation has centered around the possibility that a single Thunderbolt controller chip may not have the ability to output the display signal required for both the included display panel and a connected Mini DisplayPort display panel. A separate Thunderbolt chip, such as one found in an intermediary peripheral device, may be required to generate the signal for the Mini DisplayPort panel at the end of the chain.

However, if you connect another Thunderbolt device that uses Light Ridge you can split any additional DisplayPort signals out of the chain. In other words, if you connect the Thunderbolt Display to a Promise Pegasus you can then chain on another DP panel.

Apple should really add MagSafe power connection to the Mini.


I would not want Magsafe on something that can't switch to battery power.
Score: 7 Votes (Like | Disagree)

I'm curious as to the feasibility of having this display being sort of a chassis for future Apple products. If it were me I would use that internal display port as a link between the external I/O and whatever computing hardware you might use. Basically meaning that Apple could build a standardized set of motherboards for various products that they could reuse. I'm sure it wouldn't take too much work to find space for some MacBook Air or Mac Mini guts in there. Just an idea obviously. 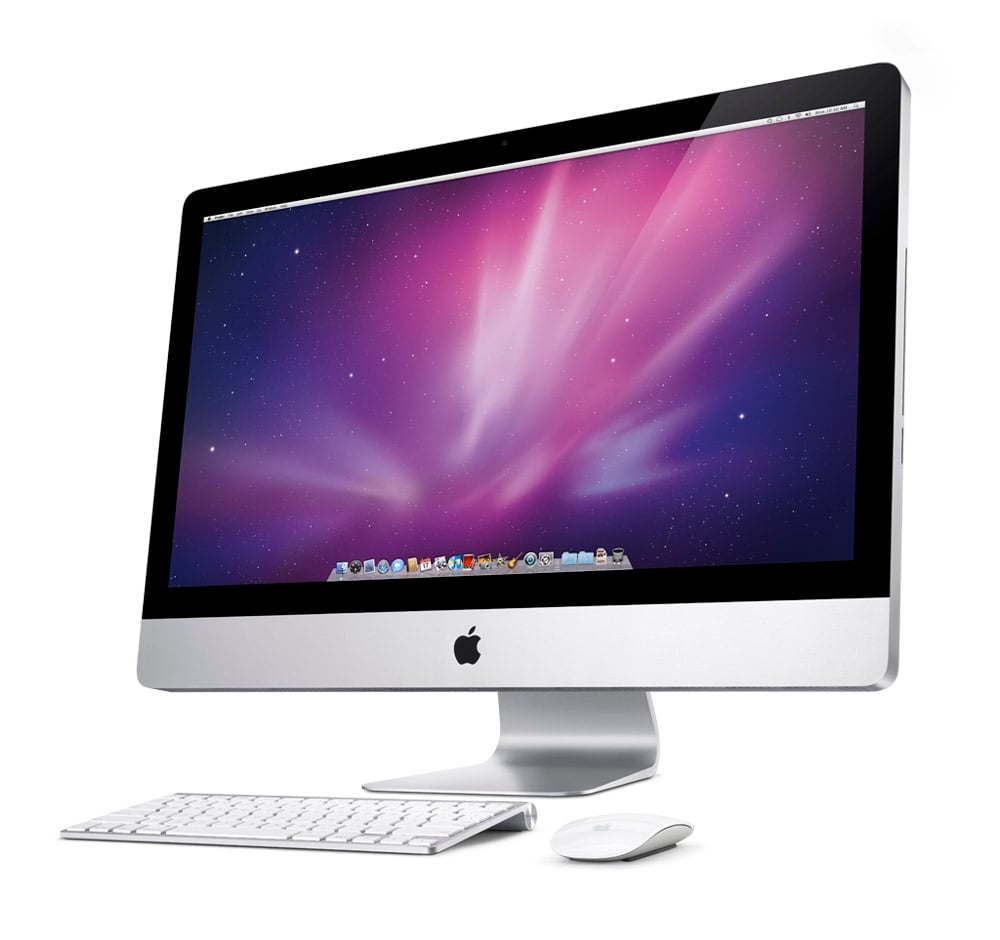 Torrijos
Really a bummer that Apple wouldn't put a third party USB 3 controller in this, it would have been just perfect.
Score: 7 Votes (Like | Disagree)

DeaconGTG
What is a plethora?

Wednesday June 29, 2022 4:43 am PDT by Sami Fathi
Fifteen years ago to this day, the iPhone, the revolutionary device presented to the world by the late Steve Jobs, officially went on sale. The first iPhone was announced by Steve Jobs on January 9, 2007, and went on sale on June 29, 2007. "An iPod, a phone, an internet mobile communicator... these are not three separate devices," Jobs famously said. "Today, Apple is going to reinvent the...
Read Full Article • 233 comments