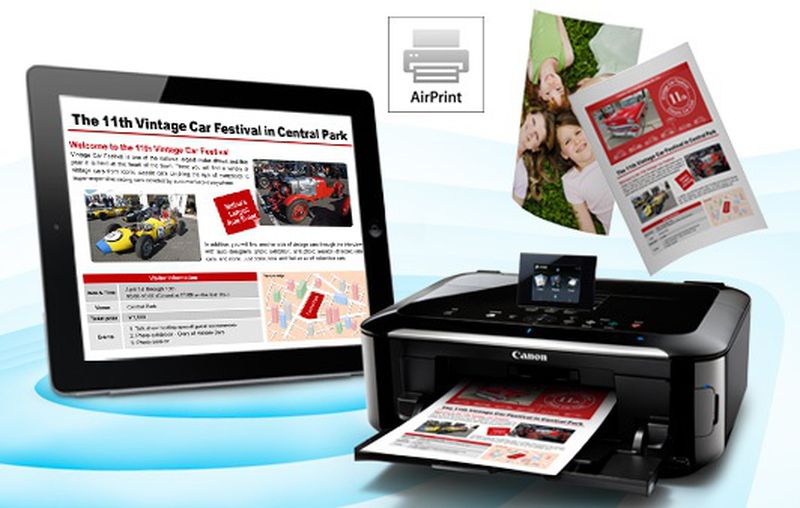 Canon today announced that several of its newest PIXMA printers are now compatible with Apple's AirPrint technology, also acknowledging that the "majority" of the company's printers released going forward will support the standard.

AirPrint will be supported by the majority of Canon PIXMA inkjet printers launched from this point forward. AirPrint works with iPad, iPad 2, iPhone 3GS, iPhone 4 and iPod touch (3rd generation and later) using iOS 4.2 or later.

AirPrint debuted last November with iOS 4.2, but was limited to a handful of printers from HP at the time. HP has regularly added new AirPrint-compatible models since that time, but other manufacturers are just now getting on board with the standard. Epson announced several weeks ago that it would begin rolling out AirPrint support, and AirPrint-compatible Epson printers are now available.

thewitt
HPs ePrint protocol is available to anyone to license.

AirPrint is a collection of open, standard protocols that can be implemented by anyone on any wireless device.

Epson and Brother have both announced AirPrint compatible printers.

It will become the standard for wireless mobile device printing purely based on the overwhelming number of devices shipping with the capability.

It will be in the best interest of both printer and phone manufacturers to adopt it...

JAT
It's about time some decent printers get included in Airprint. I may have to upgrade my older Pixma for this. Pretty tired of HP's poor networking tech, Canon's seems to be far superior these days.
Rating: 1 Votes


Since when did AirPrint become a standard? The technology isn't even available to non-iOS devices.

I for one would be happy if it was a standard, then other companies might join in sooner.
Rating: 1 Votes

what about other models?

I want my Canon PIXMA MX885 to be airprint compatible.

does anyone know more about 'older' models being updated?


They don't need to. Macs and PCs use the printer driver model - many printers are supported by default in OS X, and for others, you can download the appropriate driver. And many of Canon's line are wireless capable, so you can print without physically hooking the computer up.

rikscha
what about other models?

I want my Canon PIXMA MX885 to be airprint compatible.

does anyone know more about 'older' models being updated?
Rating: 1 Votes
[ Read All Comments ]