Apple is continuing its major push of retail store openings, with three more coming this week in three different countries. With these grand openings, Apple will have opened 14 retail stores over the space of four weeks as it moves toward its goal of opening a total of 30 stores during the July–September quarter. 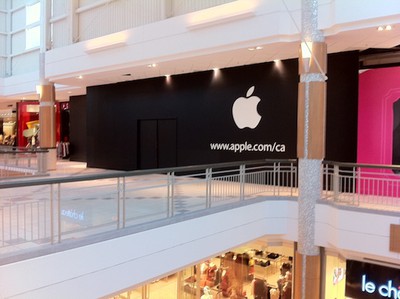 - City-Galerie (Augsburg, Germany): City-Galerie will be Apple's sixth German store and the second in Bavaria in the southeast of the country. The new store will join the existing Munich store just under 50 miles away.

- Campania (Caserta, Italy): Apple's seventh retail store in Italy, the Campania store is located in the province of Caserta and is the first to open south of Rome. It is located approximately 25 km north of Naples in the Centro Commerciale Campania along the main Autostrada A1 motorway that serves many of Italy's major cities between Milan in the north and Naples in the south.

WannaGoMac
It is a surprise these stores became such a huge selling point for consumers. People seem to really like knowing that if they have a problem, just go to the apple store and it's taken care of
Score: 4 Votes (Like | Disagree)

Amazed to also hear no stores yet in Sweden...the ultimate connoisseurs of design and style.
Score: 2 Votes (Like | Disagree)

*LTD*
Demand must be insane. I mean, new stores almost every week.

iPad sales will be through the roof over the next year. Count on it. And the result? It'll drive sales way up for Apple's other key products. Yes, Apple will need all these stores.
Score: 2 Votes (Like | Disagree)

Let's get one in Niagara Falls!


Right next to the sundowner!
Score: 1 Votes (Like | Disagree)
Read All Comments