Tim Cook to Apple Employees: "Apple is Not Going to Change" 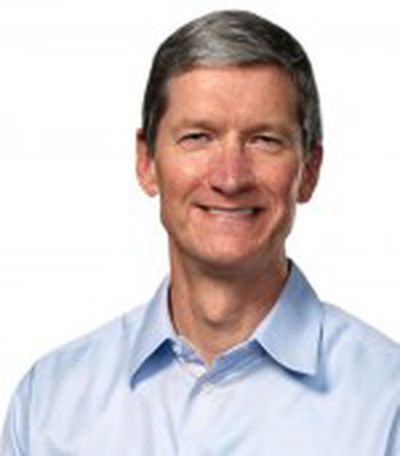 Ars Technica reports that new Apple CEO Tim Cook has sent out an email to Apple employees expressing his enthusiasm for officially taking the reins of the company and reassuring employees that "Apple is not going to change." The full text of the email:

I am looking forward to the amazing opportunity of serving as CEO of the most innovative company in the world. Joining Apple was the best decision I've ever made and it's been the privilege of a lifetime to work for Apple and Steve for over 13 years. I share Steve's optimism for Apple's bright future.

Steve has been an incredible leader and mentor to me, as well as to the entire executive team and our amazing employees. We are really looking forward to Steve's ongoing guidance and inspiration as our Chairman.

I want you to be confident that Apple is not going to change. I cherish and celebrate Apple's unique principles and values. Steve built a company and culture that is unlike any other in the world and we are going to stay true to that—it is in our DNA. We are going to continue to make the best products in the world that delight our customers and make our employees incredibly proud of what they do.

I love Apple and I am looking forward to diving into my new role. All of the incredible support from the Board, the executive team and many of you has been inspiring. I am confident our best years lie ahead of us and that together we will continue to make Apple the magical place that it is.

Cook has gained a solid reputation for his leadership abilities and work to streamline Apple's operations. He has also clearly embraced the Apple concept as revealed by the "Cook Doctrine" he laid out over two years ago as he took on the role of overseeing Apple's day-to-day operations during one of Steve Jobs' medical leaves of absence.

TUAW's Michael Grothaus, a former Apple employee, also offers a personal impression of Tim Cook, noting the thoughtfulness and careful consideration he gives when speaking as an example of his leadership abilities "sans ego".

Tim Cook is one of those rare people who stop and think before speaking. Standing in the same room with him I realized that he's comfortable with silence as long as that silence is productive and appropriate. He's not like other tech execs who ramble almost immediately and incoherently at any question lobbed at them, as if doing so will convince others they know everything about everything.

Tim Cook is a person who has confidence in his position as a leader, sans ego. Ego doesn't take pauses. It's rapid-fire. And it's that confidence and lack of ego that allows him the time to examine the issues and questions at hand, no matter how lowly or silly others may think them, and address them appropriately.

Cook has been at Apple since 1998, and while he has played a primary role in hosting Apple's earnings conference calls, he has until relatively recently remained quietly in the background when it comes to Apple's mainstream public appearances. But the company in recent months has been making a more active role for him, most notably as the on-stage representative for Apple at the introduction of the Verizon iPhone earlier this year.

Now the most powerful gay man in Silicon Valley.

Though he is Gay, I don't see how that is relevant. He is now "One of the most powerful man in Silicon Valley," the gay part doesn't have to be included.
Score: 40 Votes (Like | Disagree)

No it shouldn't be a milestone. It should be the norm. A complete non issue. I had no idea he was and frankly I don't care. No need to be mentioned.


I agree, almost completely. It should not be notable, in the best of all possible worlds.

Unfortunately, we still live in a homophobic world. Noting that a gay man is capable of leading a major corporation is news for some - those who somehow consider gays, or african americans, or other minorities lesser beings of somehow diminished competence.

When Obama was elected (no matter what one thinks of him) it was notable that he was the first person of color to be elected to the office. Once again, in a better world, it should not matter. In our world of prejudice - it is notable.

I do, again, agree it should be a non-issue. I look forward to the time when it is truly irrelevant.
Score: 19 Votes (Like | Disagree)

talkingfuture
Good luck to him, I think he'll do very well. As a lot of people said, Jobs created a culture at Apple that should survive intact for a long time.
Score: 13 Votes (Like | Disagree)

Why do you feel you must state he's Gay? Is He?, don't know, dont care!
Steve wants him for his expertice, could care less about his lifestyle:cool:

It's significant because it makes him an excellent role model for any gay male who is concerned about his hopes of advancing in a professional environment. Just like women in leadership roles serve as role models.

Actually, you should look at your own biases if you assume someone can't make a statement like that without meaning it in a negative way.


With that being said, I bet this announcement was planned to take place before the iphone 5 announcement so that when they do announce the iphone 5, the hype overwhelms negative sentiments surrounding Jobs' departure as CEO.
Score: 12 Votes (Like | Disagree)

TWSS37
This is the equivalent of Mr. Smithers taking over for Mr. Burns.
Score: 12 Votes (Like | Disagree)
Read All Comments