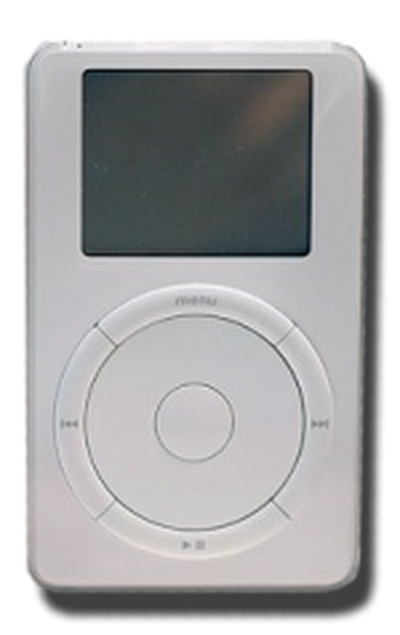 In a wide-ranging interview with VentureBeat about his experiences with Steve Jobs, former Apple employee Michael Dhuey, now at Cisco, shared several instances where Jobs' unique expectations were especially memorable.

Dhuey recalls that people would dread getting into an elevator with Jobs. If you got on at the 4th floor, you’d better have captivated him by the time you got off on the 1st. Jobs remembered you when you had a great story to tell. He also remembered when you didn’t.

“He would ask you what you were working on, and people started to dread that question,” chuckles Dhuey. “Everyone started preparing questions to ask Steve in case they accidentally got in the elevator with him. A good question for Steve would keep the pressure off you.”

Dhuey also discloses that Jobs has some hearing loss, something that can be an issue when trying to listen to music.

“When we did the iPod we had to make sure it would be loud enough for Steve to hear the music,” says Dhuey. “We had to balance his need for volume with a French law against things that were too loud. He tends to get early prototypes and these were built with Steve’s needs in mind. He had an iPhone six months before they were announced. When he stood on stage demoing the phone, he was holding one of the only ones available in the world.”

Dhuey learned that Jobs loved the Beatles and “standard pop music,” bands like Coldplay. Dhuey also talks about how Jobs pushed against having noisy fans in any hardware. Perhaps this also had to do with his hearing issues.

Dhuey worked at Apple for 25 years. He was the co-inventor of the Macintosh II and was one of the two main hardware engineers on the original iPod.

My 2008 MBP fan was rubbish lol. Would not of passed Job's inspection.


- I wish people would stop writing that. It makes no sense.
Score: 28 Votes (Like | Disagree)

Dhuey "reminds" us that Job's is mortal and uses NeXT as an example of a Jobs "failure". I'd have to disagree with him, in the end, NeXT was absolutely perfect. It was an incubator for software tech that was ahead of it's time. It allowed Steve and others an opportunity to think outside the pc (as in all personal computers including pre OSX Macs) norm to create a wonderful next generation system. After several years, it was time for the experiment to come back home and all that was learned could then be applied to creating OSX (as well as ushering Steve back).

So really, where would Apple be now had Steve not been fired and he not started NeXT and NeXT hadn't floundered? All three things needed to occur to turn Apple into what it is now. So in a way, it (NeXT) was a resounding success.
Score: 14 Votes (Like | Disagree)

macsmurf
I don't think I'd be comfortable working for a company where the employees were afraid to talk to the boss.
Score: 9 Votes (Like | Disagree)

Navdakilla
That would be brutal. I'd start sweating bullets
Score: 9 Votes (Like | Disagree)

That's why you don't work at Apple.
Actually, it's pretty cool if you're passionate about your job and the company you work for. And it's infinitely better than what most CEO's would do: Mumble a hello and ignore your presence.
It's great for a simple employee to have the opportunity to talk about the business with the top boss.


So how would you characterize the employees who took the stairs because they didn't want to run into Jobs?

I do agree that it's great for the big boss to take an interest but conversations where you feel your job is at stake if you make the wrong joke or don't properly explain your value to the company (within the time it takes an elevator to travel 4 floors) aren't really that fun - especially if you care about your job.
Score: 7 Votes (Like | Disagree)
Read All Comments