Steve Jobs to Remain on Disney Board 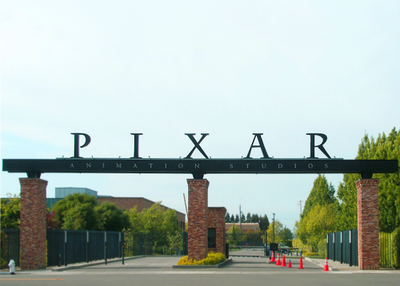 Steve Jobs will remain on the board of directors at The Walt Disney Company, according to Bloomberg TV.

Jobs owns more than 7 percent of Disney from its acquisition of Pixar in 2006 and received a seat on the board in that deal. He is Disney's largest shareholder.

MBP13
Maybe he'll be able to attend board meetings now? I remember reading an article that said Steve only was able to make a few meetings in the past years.
Score: 2 Votes (Like | Disagree)

oliverfrancis
although steve has his many ways with disney he still keeps his head in the apple game which shows what a great man steve really is, even though being the former CEO of apple he still managed to apprehend a important role in the disney company. Now he might have more time to attend more of disneys meetings and have more of a say in disney....:D
Score: 1 Votes (Like | Disagree)

I think there were some fears that Apple and Disney would somehow merge but Steve never saddled Apple with acquisitions that didn't fit with Apple.


I had only hoped that he would have saddled Disney with Apple. I'm tired of having my young children wanting a Disney game that doesn't work on a Mac.

A quick look at Amazon (http://www.amazon.com/Disney-Software/b?ie=UTF8&node=779550) and you can see a mishmash of games that are not Mac compatible. To a 4 year old, it doesn't matter that 75% are Mac compatible, it only matters that the one game they want, doesn't work.

And to preempt the "just BootCamp into Windows" posts, I don't want to buy Windows, partition my drive, reboot or install Parallels, buy Windows, have a 40 GB file on my HD, wait for it to load, etc..... just to play "Disney's Magic Artist Deluxe".

I was hoping that Steve could have spurred Disney developers to invest time in building Mac games too.
Score: 0 Votes (Like | Disagree)

Xenomorph
It's strange thinking about how big Jobs is with Apple, and then hear he owns almost a tenth of the entire Disney empire.
Score: 0 Votes (Like | Disagree)

MacFan782040
I wonder if they planned to release his resignation notice on Tuesday, but due to the Earthquake news they PPD it until the following day.
Score: -1 Votes (Like | Disagree)
Read All Comments