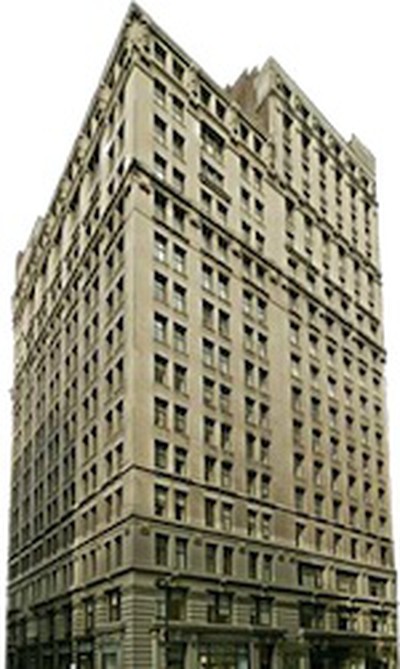 The New York Post reports that Apple has signed a lease for 45,000 square feet of space in a Fifth Avenue office building in New York City near Union Square. The company has been running its iAd program out of a 10,000 square-foot space in the building on a short-term lease, but is significantly expanding its presence there with the new long-term lease.

According to Business Insider, the larger space will be used not only for the iAd team but also corporate-level efforts focused on "new business projects".

Apple already leased a 10,000 square-foot chunk of the Kaufman building back in January for the iAd group, and now it is taking a bigger chunk of the building for its first executive office in NYC.

Apple will use the space to launch new business projects. The office will look and feel like the retail stores with an all-white lobby, sleek elevators and LED lights.

Apple is also said to retain options on other floors in the building.

Apple's iAd initiative has been somewhat slower to take off than many would have liked and may be entering a period of flux as Quattro Wireless founder Andy Miller, who joined Apple as a vice president to lead the iAd team when Apple acquired Quattro last year, is reportedly leaving the company to join a venture capital firm.

A lot are, don't believe all the sensationalist news people who claim that the world is ending soon, and economies are crashing everywhere.

Keep in mind, this is in regards to an office lease....

dumb terminal
Apple should lease space at One World Trade Center; that tower is in line with their latest store designs.
Score: 2 Votes (Like | Disagree)

Sedrick
Well, the whole US economy is going to hell, but at least Apple continues to take over the world. :o
Score: 2 Votes (Like | Disagree)

Why would Apple open a really fancy "executive" office in NYC? To be closer to Madison Avenue and its hotbed of advertising. Obvious. iAd will become more and more important to Apple as hardware power increases and its cost decreases. Eventually cheap devices will have far more computing and graphics power than most consumers would ever need. Apple will need to move into ads and video media in addition to apps and music to make money.

Which brings me to the "additional business projects" to be developed in the new NYC offices. I'd guess that Apple is going to use the offices to pitch its redesign of TV in its own image. And when enough media execs are on board, they'll plan the next generation of TV with Apple in those new offices.

What next generation of TV? The post-network era. Sure, we already have cable / satellite / internet streaming TV. So in a sense we're already post-network. But I expect Apple to go far beyond that.

Apple TV is just a placeholder now. A hobby. An experiment. But it uses iOS, which is all about its apps. Think about it. When Steve Jobs said that Apple would need to "tear up" set-top boxes in order to change the TV status quo, I think he meant "make apps for everything". Way past the Netflix / Hulu / YouTube model of one app running a bunch of content.

The current Netflix model is pretty much like the web browser model. An app that you can use to search for and display data and/or media. The same old thing we've had for almost 20 years. But Apple's iOS devices are moving away from that. To apps for web sites, like the Wikipedia app. To apps for TV channels. Like the CNN app. To apps for sports. Like the MLB app. Live and pre-recorded streaming of specific genres, stars, sports, teams, whatever.

Can't all happen overnight, but all the pieces are in place. Ubiquitous high-speed internet, whether wired or wireless is one of the finishing touches. Updating standalone Apple TV or embedded Apple TV to run apps more like the way the other iOS devices do is another finishing touch. And when I say TV, I don't mean just the big living room TV. All iOS devices including the Apple TV, whether it's an add-on like Apple TV 2 or if it's the Apple TV built into your Sony 60" flat panel TV.

The next decade will see Apple make its move into 21st century TV. It's going to be very interesting.


Oh, and one more thing about iAd. I think Apple had big-screen TV in mind for iAd from day one. Isn't it obvious?
Score: 1 Votes (Like | Disagree)

Well, the whole US economy is going to hell, but at least Apple continues to take over the world. :o