Why Did Apple Register ApplePico.com?

Apple has understandably long had an interest in controlling domain names associated with its products and features, as recently evidenced by the company snapping up 50 new domain names immediately following its announcements at WWDC earlier this year. Most of Apple's domain name holdings are managed by MarkMonitor, a San Francisco-based brand protection firm that handles such tasks for a significant number of major companies.

We noticed today that Apple's name has appeared in the public WHOIS listings for applepico.com, a domain that has been controlled by MarkMonitor for a number of years but which neither hosts its own content nor redirects to any other site at the present time. 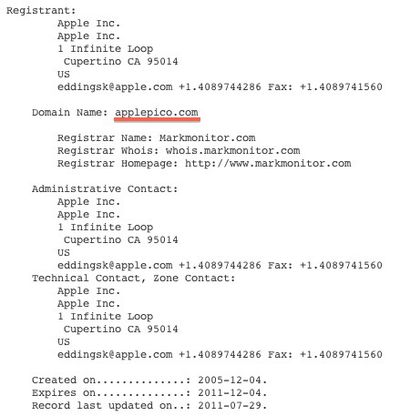 Given that the domain has been associated with MarkMonitor for many years, it is possible that Apple has owned the domain right along, but it is somewhat odd that the WHOIS listing was modified today to make Apple's position as registrant publicly visible. Prior to today, the registrant had been listed as "DNStination, Inc.", an arm of MarkMonitor's brand protection services used to provide anonymity for the company's customers.

With the change in WHOIS listing, the door naturally opens to speculation on exactly what product or feature with a "pico" name Apple might be interested in protecting.

One natural avenue for such speculation leads to pico projectors, tiny image projectors that can be built into handheld devices such as mobile phones and cameras. Apple patent applications have revealed that the company has at least thought about how such a feature could be incorporated into an iPhone, but there has been essentially no evidence that Apple is in fact looking to add the capability to the iPhone in the near future.

A second possibility relates to Apple's iPod line and is sparked by the fact that the domain was initially registered back in December 2005, just a few months after Apple released the iPod nano. At the time, Apple had been releasing increasingly small iPod devices and had just replaced the iPod mini with the iPod nano. Consequently, Apple could simply have been looking to preserve the possibility for a future "iPod pico" device if the company was indeed responsible for the initial registration of the domain name. Of course, if that were the case, Apple would presumably have been more interested in the ipodpico.com domain name, which was not registered until January 2007 and is not owned by Apple.

We hesitate to read too much into today's development and do believe that Apple has owned the applepico.com domain name for quite some time, and thus it is likely that no specific announcement of a product or feature related to the name is imminent. It is interesting to note, however, that Apple does indeed own the domain name and that there has at least been some recent shuffling of the registration information for it.


You just described the iPod nano.
Score: 20 Votes (Like | Disagree)

applesith
LOL MR hesitates to read too much into it, but makes a massive post about it on the front page.
Score: 9 Votes (Like | Disagree)

shartypants
Maybe Steve was drunk one night and got on GoDaddy? :)
Score: 8 Votes (Like | Disagree)

leads to smaaaaallest iPhone ever...! 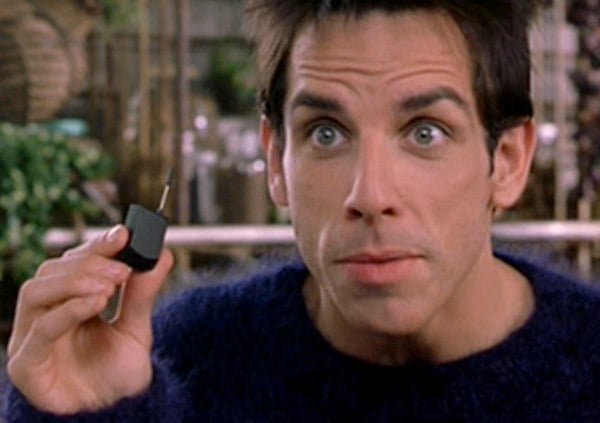