iPad Edition of The New Yorker Has 100,000 Readers 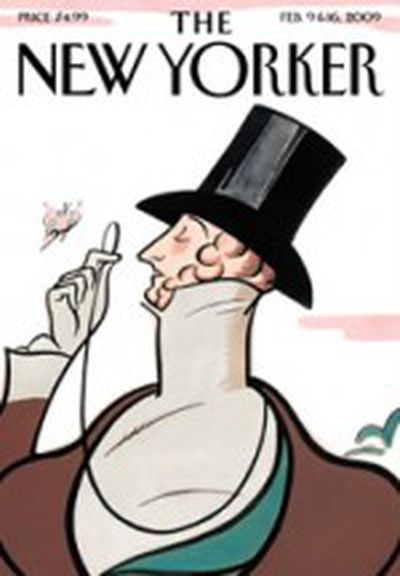 The first subscriber numbers for Condé Nast's iPad experiment are out, and The New Yorker has 100,000 readers, according to the New York Times:

Offering the first detailed glimpse into iPad magazine sales since subscriptions became available in the spring, The New Yorker said that it now had 100,000 iPad readers, including about 20,000 people who bought subscriptions at $59.99 a year.

Additionally, more than 75,000 people have taken advantage of the magazine’s offer to allow print subscribers to download the app free. Several thousand more people, on average, buy single issues for $4.99 each week.

The article's numbers are a little confusing, mostly because of the word "additionally", but here's how we see it breaking down:

The New Yorker's reader count is the highest of any of Condé's iPad titles, which includes tech-savvy Wired magazine. The New Yorker has more than 1 million print subscribers.

All the Condé Nast titles are available via in-app subscription, with Apple taking 30% of sales. Apple has collected approximately $360,000 from The New Yorker's 20,000 annual subscribers.

Condé reported today that it has 242,000 digital readers (PDF) across all its titles, with 106,000 of those being new readers without print subscriptions.

Not meaning to be sarcastic - I was wondering why you called the magazine garbage :confused:

For what it's is worth, I'm not a subscriber.


Because he's a kid, and it's not a video game?:rolleyes:
Score: 8 Votes (Like | Disagree)

Because he's a kid, and it's not a video game?:rolleyes:

Because it uses big words
Score: 3 Votes (Like | Disagree)

Good to see the iPad subscription price is $10 less than the price listed on their site.


And good to see that they haven't done crazy and unrealistic pricing like the New York Times and Wall Street journal.
Score: 2 Votes (Like | Disagree)


Not meaning to be sarcastic - I was wondering why you called the magazine garbage :confused:

For what it's is worth, I'm not a subscriber.

davidwarren
If only the NYTimes would adopt a reasonable price....
Score: 2 Votes (Like | Disagree)
Read All Comments