Apple released a new iPad television advertisement tonight called "We'll Always" which shows off the iPad in many different uses.

We'll never stop sharing our memories. Or getting lost in a good book. We'll always cook dinner and cheer for our favorite team. We'll still go to meetings, make home movies, and learn new things. But how we do all this will never be the same.

As with previous iPad ads, Apple is focusing on the user experience by demonstrating various iPad apps.

Apple sneaks a plug for OS X Lion in the ad as well:

The apps shown in the ad include: Photos (built in), iBooks, The Photo Cookbook, MLB, Fuze HD, iMovie, Alphabet Fun

I think I must be one of the few who doesn't like these commercials. The sentimentality is forced and crammed into a 30 second spot.


It's far better than "Your wife will love the dual core Tegra 2 chipset..."

rerelease
I love these ads. Short, emotional and not even mentioning the product. Unlike the smug iPhone ones...
Score: 20 Votes (Like | Disagree)

When you advertise, reach for the heart and the emotional center of your viewers. That's why Apple continues to make award-winning ads that reach (most of) us. And it's why competitors continue to miss the boat by pushing specs.

People want to know 'what can I do with this device?' Not what hardware does it have. Apple gets it.
Score: 19 Votes (Like | Disagree)

I think I must be one of the few who doesn't like these commercials. The sentimentality is forced and crammed into a 30 second spot. It seems saccharine to me to try to force all the feel-goodery of life into one commercial. I can see a commercial trying to convey one emotion at the most. Plus, the guy narrating really needs to clear his voice. He sounds like the guy who announces, "With a name like Smuckers, it has to be good."

I know I'm an odd duck for this, but I like the aggressive, driving feel of the Power Mac G4 Cube ad:

It's modern, and the guy's voice is clean. The iPad commercials give me an icky Hallmark of the week type feel. I believe in emotion; I just hate forced emotionit makes me uncomfortable. I actually mute these iPad commercials when they come on TV, whereas I used to get really excited by Apple ads.

toddybody
You're gonna love the way your computer looks, I guarantee it. 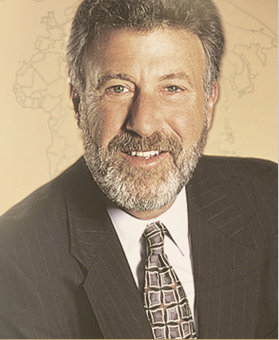 Wednesday February 24, 2021 7:26 am PST by Hartley Charlton
Hit-and-miss leaker Jon Prosser has today alleged that the upcoming 2021 iMac models will offer five color options, mirroring the colors of the fourth-generation iPad Air, and revealed a number of additional details about the Mac Pro with Apple Silicon. In a new video on YouTube channel FrontPageTech, Prosser explained that the redesigned iMacs will come featuring options for Silver, Space ...
Read Full Article • 293 comments

Monday February 22, 2021 8:52 pm PST by Joe Rossignol
Apple plans to release two new MacBook Pro models equipped with an HDMI port and SD card reader in the second half of 2021, according to analyst Ming-Chi Kuo, who outlined his expectations in a research note obtained by MacRumors. The return of an SD card reader was first reported by Bloomberg's Mark Gurman last month. "We predict that Apple's two new MacBook Pro models in 2H21 will have...
Read Full Article • 512 comments

Tuesday February 23, 2021 7:07 am PST by Hartley Charlton
Over the past week, some M1 Mac users have been reporting alarming SSD health readings, suggesting that these devices are writing extraordinary amounts of data to their drives (via iMore). Across Twitter and the MacRumors forums, users are reporting that M1 Macs are experiencing extremely high drive writes over a short space of time. In what appear to be the most severe cases, M1 Macs are sai...
Read Full Article • 642 comments

Thursday February 25, 2021 7:48 am PST by Joe Rossignol
Apple plans to unveil new 14-inch and 16-inch MacBook Pro models with Mini-LED-backlit displays in the second half of this year, according to industry sources cited by Taiwanese supply chain publication DigiTimes. The report claims that Radiant Opto-Electronics will be the exclusive supplier of the Mini-LED backlight units, while Quanta Computer is said to be tasked with final assembly of the...
Read Full Article • 190 comments

Thursday February 25, 2021 1:50 am PST by Sami Fathi
Valve, the makers behind popular game distribution platform Steam, will be forced to hand over aggregate historical sales, price, and other information on 436 games hosted on the store to Apple, as part of the Apple vs. Epic Games antitrust case. As reported in a paywalled report by Law360, during a virtual discovery hearing on Wednesday, U.S. Magistrate Judge Thomas S. Hixson ordered that...
Read Full Article • 119 comments