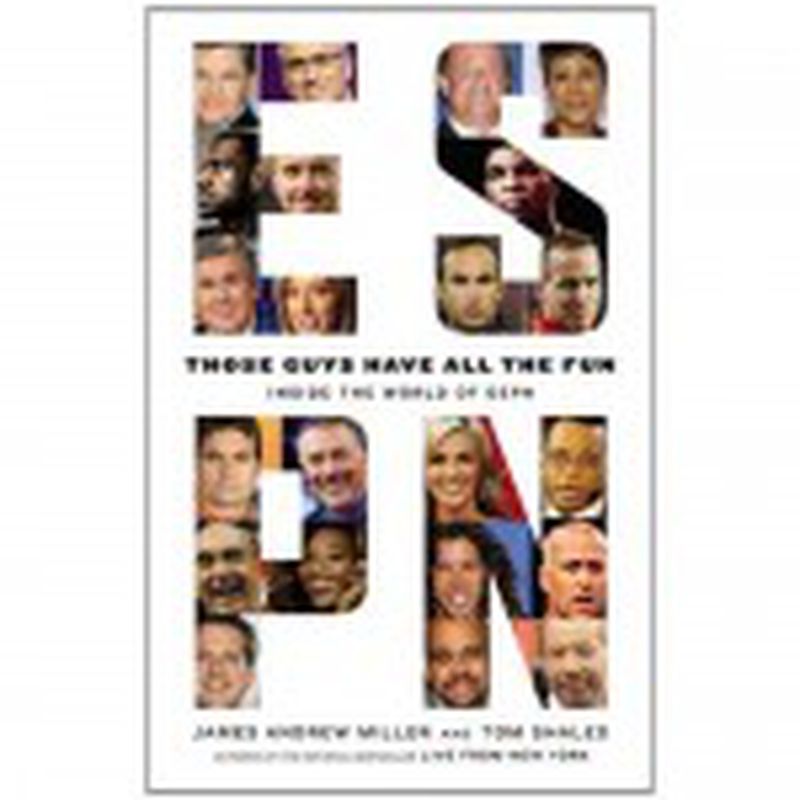 In 2006, Disney bought Pixar for $7.4 billion. This made Steve Jobs the Mouse's largest shareholder and gave Jobs a seat on the Disney board of directors.

According to Those Guys Have All The Fun: Inside the World of ESPN, a book about ESPN (which is owned by Disney), at the first board meeting after the acquisition, the president of ESPN thought it would be a good idea to introduce himself to the newest Disney board member:

“I am George Bodenheimer,” he said to Jobs. “I run ESPN.” Jobs just looked at him and said nothing other than “Your phone is the dumbest f**king idea I have ever heard,” then turned and walked away.

John Gruber at Daring Fireball notes the phone in question is this one -- a phone on which ESPN and Disney wound up losing $135 million. For context, Disney acquired Pixar in early 2006, so the iPhone was certainly under active development at that point.

Earlier this year, two shareholder advisory firms questioned Jobs' position as director at Disney, noting that he missed more than 75 percent of Disney board meetings for three out of the past four years.

adztaylor
Surprised he used that many words.
Rating: 38 Votes

Erwin-Br
Looks like Steve has some mental problems as well. Seriously, all the other guy did was introducing himself? :eek:
Rating: 25 Votes

chrmjenkins
Steve Jobs is like a kid that doesn't have any regard to social norms when talking to adults, but with good ideas.
Rating: 25 Votes

mrtune
I read the quote and just started laughing when thinking about the look he probably had on his face when Jobs said that to him.
Rating: 16 Votes

iansilv
That phone was a really stupid idea.
Rating: 13 Votes

Looks like Steve has some mental problems as well. Seriously, all the other guy did was introducing himself? :eek:


Well, at least he is sort of a jerk. An amazingly creative and talented jerk - but a jerk nonetheless.

But when you have a bazillion dollars, you get to be a jerk.

Excusing his behavior by pointing out that he is a genius is ill-considered.

Steve Jobs, not giving a flying fk to social norms.

And we love him for it!


"We"? Who appointed you as spokesperson for the world?
Rating: 10 Votes

Yes ladies and gentlemen. The CEO of the worlds most valuable tech company was too busy to attend board meetings about theme parks and childrens movies. I think he deserves a pass; just this once.

Yeah...I'm sure the Disney shareholders really care about how well Apple is doing.


Does he need to go to Disney meetings? If Disney doesn't mind that he misses some/many, why should anyone else? Is Disney doing well financially? That's all it cares about, not Jobs' attendance record.


"Doing well financially" is meaningless. The real question is: are they attaining their potential maximum? Would they be doing better if Jobs were replaced by someone who actually came to the meetings? Companies don't say: "F it, we're making a profit, we don't really need to try unless we start taking losses..."
Rating: 10 Votes

-tWv-
That phone was a horrible idea, I never even saw anyone with one, total failure
Rating: 10 Votes

jowie
They say you shoul never meet your heroes. I can safely say that I will definitely be taking that advice when it comes to Steve Jobs.
Rating: 9 Votes
[ Read All Comments ]