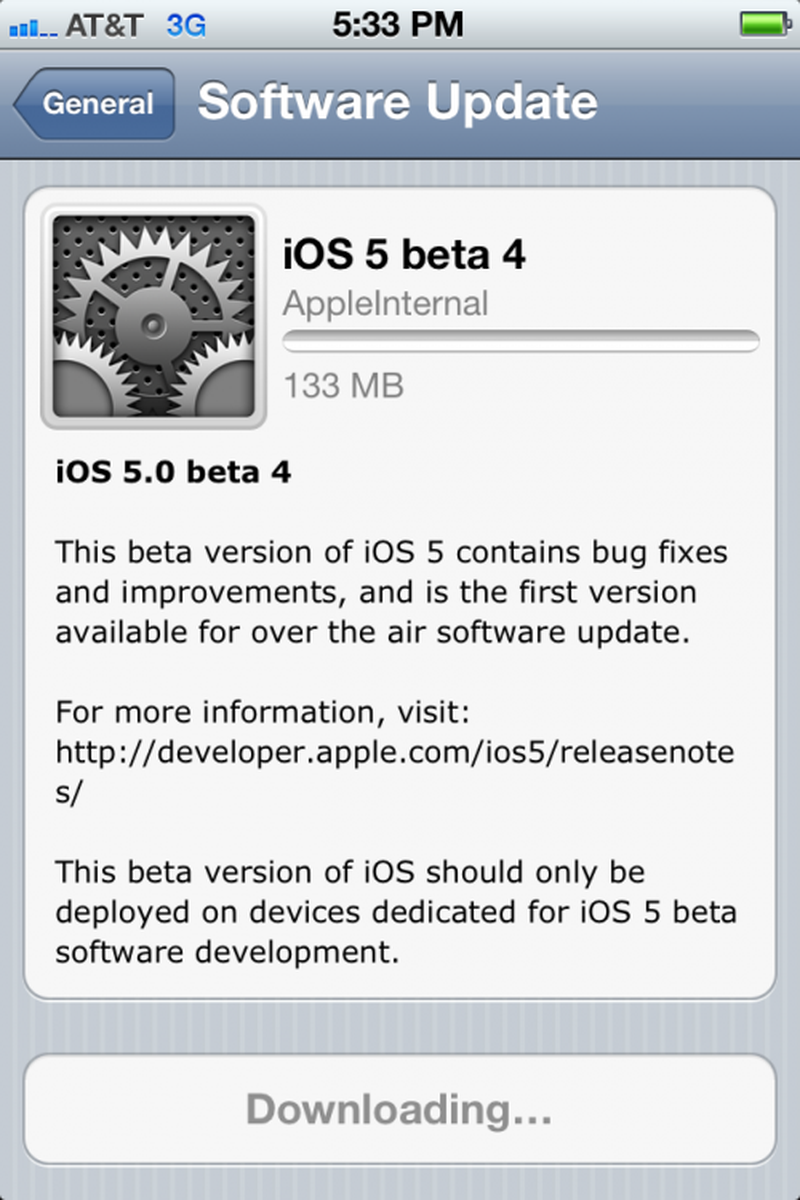 The over-the-air software update only downloads code that has changed or been updated in the update, thus making for a much smaller download. In this case, 691 MB smaller.

I just did it. Works fine and it's fast. I guess Apple has those Data Centers cooking at full speed. Very nice. Kudos to them!

my iPad updated OTA no problem. but my iPhone was hanging. so I restet it. now settings crashes everytime I open it. I'm gonna have to reinstall from my Mac. which will take a good hour with all the music I have on there. fml. this was supposed to be easier.

swinneyn
glad to see I'm not the only one encountering difficulties... Been stuck at "<1 minute remaining" for about 15 minutes, the phone rebooted itself at one point but apparently has not updated.
Rating: 2 Votes

acslater017
Sweet. Between OTA updates, Wi-Fi Sync, and iCloud, sooo many of the everyday iPhone hassles will be taken care of. Can't wait to see what Apple's got in store for September - I'm still holding out hopes for some great voice activation features!
Rating: 2 Votes


Mine is already downloaded, took 5 minutes. In the orlando area.
Rating: 2 Votes

browneb
Can't wait for OTA updates! Every time I try to update the iOS, iTunes is unable to recognize my iPhone and I end up having to restore with someone else's computer and restore the data from the backup. There's something up with my computer, so I want to "cut the cord" ASAP! :eek:
Rating: 1 Votes

Rodimus Prime
about damn time Apple did this.

Now I am just going to wait for when they go live for people complaining about how they can not update there iPhone/iPod with an OTA when the battery is less than 50% charged even when plugged in.

50% charge is based on what the other guys currently are doing and I fully support it because last thing you want to have happen is for the phone to loose power mid update and reason you require it even when plugged in is well what happens if power goes out during the update.

Either way this is a good thing and I am glad Apple is doing it. The biggest reason I always hold off updating my iPod is I hate downloading the 700 meg file for even a MINOR update.
Rating: 1 Votes