Lodsys Takes On Gaming Heavyweights Including Rovio, EA, and Atari in Patent Dispute

Patent holding firm Lodsys, which has received tremendous publicity for targeting iOS and Android app developers in a patent dispute over the developers' use of in-app purchasing and upgrade links within their apps, has amended the list of defendants in its lawsuit on the manner to include a number of high-profile gaming firms.

As detailed by FOSS Patents, Lodsys has now included Angry Birds developer Rovio, Electronic Arts, Atari, Square Enix, and Take-Two Interactive in its complaint. From the amended complaint regarding Rovio:

Defendant Rovio has infringed and continues to infringe, directly, indirectly, literally, under the doctrine of equivalents, contributorily, and/or through the inducement of other, one or more claims of the '565 patent. Rovio makes, sells, uses, imports, and/or offers to sell infringing applications, including but not limited to Angry Birds for iPhone and Angry Birds for Android, which infringe at least claim 27 of '565 patent under 35 U.S.C. § 271.

Besides adding the five game studios to its lawsuit, Lodsys also dropped Vietnamese developer Wulven Games from the suit, making for a total of eleven developers and companies targeted by the suit. All told, Lodsys has targeted 37 entities in suits related to a number of patents, with defendants ranging from small developers to major firms such as HP, Best Buy, The New York Times Company and EA.

Apple previously stepped forward to assist iOS developers being targeted by Lodsys, claiming that Apple is "indisputably licensed" to the intellectual property in question and that third-party developers are covered by that license. Apple has also filed a motion to intervene in the lawsuit and take on the role of a defendant and counterclaim plaintiff.

koruki
They should pull the troops out of Afghanistan and send them to Lodsys's office in the continued fight against terrorism
Score: 39 Votes (Like | Disagree)

trevelyn
There ya go, Thomas, I fixed your quote for you:

"I never did anything by accident,
nor did any of my inventions come by accident; they came by work and ripping off Nikola Tesla."
-Thomas Edison
Score: 22 Votes (Like | Disagree)

chrono1081
I am sooo glad they did this. I hope they get bankrupted.
Score: 14 Votes (Like | Disagree)

wordoflife
Someone please tell Lodsys to stop before they further embarrass themselves.
Score: 12 Votes (Like | Disagree) 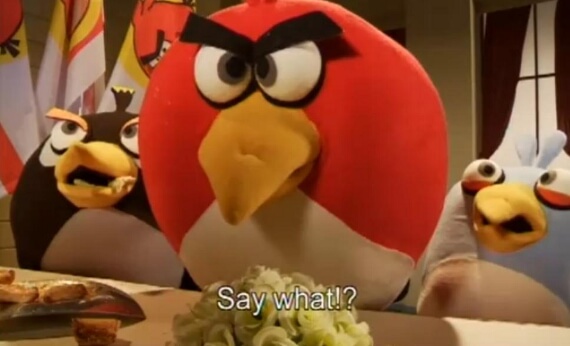 litchie
what they did with the patent is to sue, not to protect something they make. That's the difference.
Score: 10 Votes (Like | Disagree)
Read All Comments

Thursday May 13, 2021 12:10 am PDT by Sami Fathi
Apple has fired Antonio García Martínez, an ex-Facebook product manager and author of the controversial book "Chaos Monkeys," following public and internal calls for removal and investigation due to past misogynistic statements, The Verge reports. Apple hired Martínez earlier this week to join its ads team, however, comments that Martínez made in the past sparked condemnation from users...
Read Full Article • 316 comments