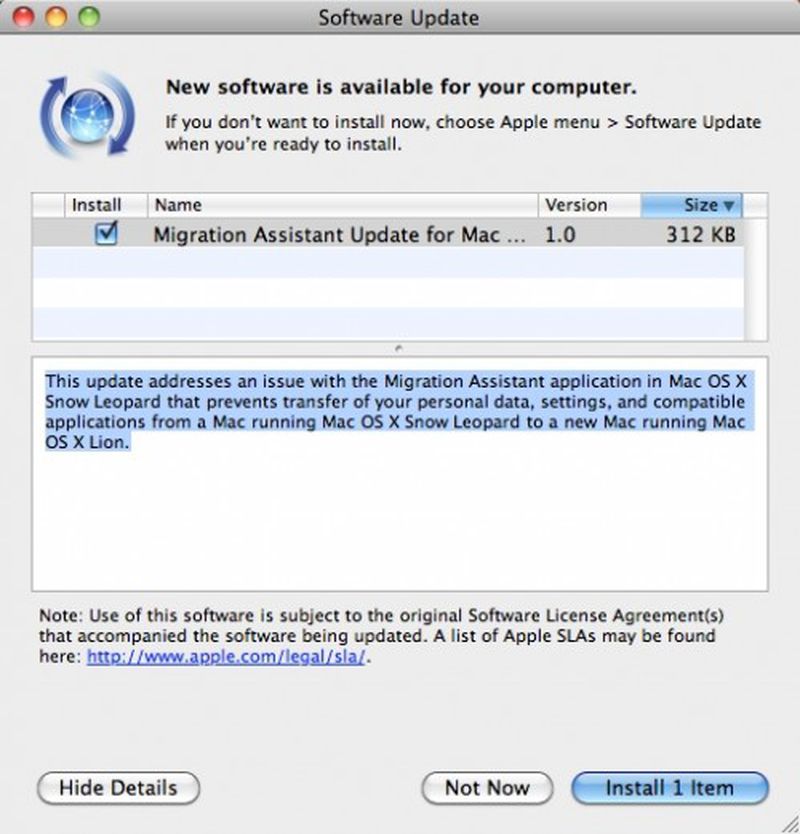 Further hinting at an imminent release of OS X Lion, Apple today released an update to Migration Assistant for users of Mac OS X Snow Leopard. The update corrects a problem that could prevent users from transferring data from a machine running Snow Leopard to a new one running Lion.

The upgrade is rather small, only clocking in at 312KB and doesn't require a restart.

bizzle
This has NOTHING to do with users installing 10.7 as an upgrade to 10.6. Do you guys know how to read? It's for people who have a machine running 10.6 and buy a new machine that ships with 10.7 and want to use the Migration Assistant program.
Rating: 7 Votes

I'll be doing a clean install of Lion but might as well get the update.
Rating: 2 Votes

Doctor Q
It's better to do all your pending Software Updates today rather than tomorrow!
Rating: 1 Votes

SFStateStudent
For those that have Lion already, this is moot...;)
Rating: -2 Votes
[ Read All Comments ]