Fortune reports on a new note from Piper Jaffray analyst Gene Munster, who for some time has been keeping tabs on the performance of Apple's App Store using calculations of download rates and other metrics against number of devices sold. According to Munster, iOS device owners are increasing their usage of the App Store in 2011, downloading more apps as the average sales price for paid apps has rebounded after dropping last year.

- More apps: The average iOS device owner will download 83 apps in 2011 vs. 51 in 2010, a 61% increase year over year. "Smartphone users are showing an increasing appetite to use apps to add features to their phones," Munster writes, "and iOS has the leading app ecosystem."

- More expensive apps: The ASP (average selling price) per app is rebounding. ASPs are up 14% y/y in 20111 vs. an 18% decline in 2010. "After the initial race to the bottom in App Store pricing," says Munster, "we are seeing users pay up to add features and games to their iOS devices."

Munster reports that 82% of App Store activity is from free apps, while the 18% of downloads that are paid apps carry an average selling price of $1.44. Munster notes that the recent increase in average selling price seems to be driven by the iPad, which in general sees higher average app prices than the iPhone and iPod touch.

Apple last week announced that the App Store had reached 15 billion downloads since its inception three years ago. Still, App Store revenue represents only about 1% of Apple's overall revenue and is viewed primarily as a driver of Apple's hardware sales.

I'd use the app store if there were a way to put apps on my wife's mac other than my creating an account on it, which is ridiculous.


You realize that with most software licensing and protection schemes this is hard to do at all with traditional activation schemes.

My point being... you're upset about something that's restricted under most methods. :)
Rating: 11 Votes

Slurpy2k8
Fantastic news. Means users see value in mobile apps, and dont view them as trash, useless, or worth nothing. These kind of metrics are just as important, if not more important than unit sales, etc. Android may be ahead in pure sales, which is inevitable, but it is leagues behind in ecosystem and the investment than users actually place in the os once they own it.
Rating: 5 Votes

The App Store would make a lot more money if they had a multi-user licensing model in place or corp purchase model. If Apple did this we could save millions of dollars a year relying on third party purchasing companies and purchasing staff. As it stands now we can't even use the App Store due to licensing.

We budget in the millions for software per year across our company.

On another note I still haven't bought anything from the Mac App store.


If your "company" actually has that kind of budget, they would know that Apple offers mass deploying / licensing for enterprise.
Rating: 4 Votes

talkingfuture
I would assume that the cost increase is covered by the increase in iPad apps which tend to be priced a little higher than their iPhone counterparts
Rating: 4 Votes 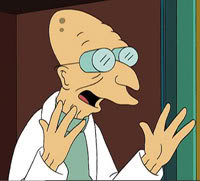 RoelJuun
First you find that free apps are amusing and fun (and still you sometimes ask yourself why these apps are free at all), then you find out that some apps are actually worth their money and make life easier. I think that it takes some time before people actually notice this until now. The whole iDevice ecosystem is booming.
Rating: 3 Votes

That's awesome but I with I didn't have FOUR Apple IDs that they won't let me combine/fix. Between my wife and I, our 3 mac computers, 2 iPhones and one iPad it's an absolute mess, and quite shameful that Apple offers no solve for this.


I hear you.
But I can't see why you have so much accounts for only you two...
Rating: 2 Votes

reticulate
That 83% figure goes a long way to explaining why iAd pricing recently dropped. People are mostly going for the free apps, which makes sense if you're already paying a chunk of change for the phone in the first place.

Apple wants a piece of that sweet ad-supported pie, but I think their focus on "UX above all else" might bite them in the ass when competing in the advertising market.
Rating: 2 Votes