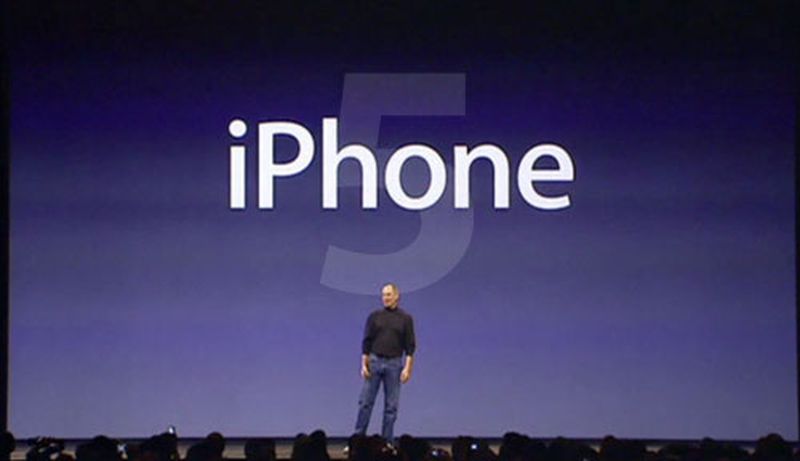 DigiTimes claims that Pegatron Technology has received orders for 15 million iPhone 5 devices from Apple and is set to start shipping in September 2011.

The sources pointed out that as the iPhone 5, which does not seem to have any major update from iPhone 4, is already set for shipment in September, they are already started supplying components to Pegatron with Pegatron's plants in Shanghai, China also recently started hiring for manpower.

DigiTimes is a frequent source for production and order rumors from Apple. They had previously predicted that Pegatron received an order for CDMA iPhone 4s for the fourth quarter of 2010. The actual Verizon (CDMA) iPhone was announced in January of 2011 and shipped the following month.

Apple skipped the usual yearly upgrade cycle this year and made no iPhone hardware announcements at this year's WWDC. Instead, the iPhone 5 has been rumored to be launching in September.

Will wait for the iPhone 6 or whichever one has a 3D display :)


That will be the day I switch from iPhones forever. 3D is a headache inducing gimmick.
Rating: 49 Votes

Not a world phone.


I find it very hard to complain about the current design :D
It's amazing.

Same screen as iPhone 4
Extremely similar body style
A5 like the iPad 2
Upgraded camera
Universal Qualcomm radio across all models, Verizon model may not have SIM slot though
Capacity bump to 64 GB
Black and white from launch
Rating: 23 Votes

Make it good Apple or many will jump to Android.

Android is cheap plastic crap with horrible battery life junk. I would take a 3GS over any Android phone.
Rating: 22 Votes

Here's a novel idea...everybody wait till September before blowing your horn in outrage. sheesh
Rating: 21 Votes

DiamondGCoupe
Let's not forgot the free bumper policy c. July 2010, bet your ass there will be hardware changes.
Rating: 18 Votes

dmb182
yeah, for the first time i dont think i'll be upgrading. iphone 4 is great, i dont see what they could improve worthy of the hassle of upgrading (and make no mistake, the hassle of all that contract business is a road block for some users)
Rating: 12 Votes

Android is cheap plastic crap with horrible battery life junk. I would take a 3GS over any Android phone.


Kinda funny you said that. I did just that. I sold my iPhone 4. Then got the Galaxy S II import. Then I realized my mistake in abandoning iOS. So I sold it and bought an iPad 2. I am using an old 3GS until the iPhone 5 hits.
Rating: 10 Votes