With Apple having seeded the Golden Master (GM) version of OS X Lion earlier today, users are finally getting a look at what the OS X Lion experience should be like in the shipping version.

One staple of Mac OS X installations over the past several versions has been the welcome video that displays at first boot, displaying an animation of the word "Welcome" in a number of different languages and set to the song "Exodus Honey" by Honeycut [iTunes link]:


Unfortunately for fans of the video, neither the previous welcome video nor a new one appears to be included in the GM version of OS X Lion. While a welcome video could conceivably still be added at the last minute, previous OS X releases have seen the video included in GM seeds.

The text and image are customized depending on the input device being used, such as a Magic Mouse or built-in trackpad.

OS X Lion is set to be released to the public later this month and will be available exclusively through the Mac App Store for $29.99.

arjen92
With the new FCPX it wasn't possible for them to make a new video.
Score: 115 Votes (Like | Disagree)

sine-nomine
Wow, lots of video hate. I actually kind of liked it - it reminded me of when I started using a Mac for the first time and how great the experience was. It was just one of those little things that made getting a new one feel special. It seems with each new version, the little special bits are getting weeded out.
Score: 19 Votes (Like | Disagree)

pmz
It would have been cool if they had a hi def video of a lion walking toward the camera, then it freezes frame and fades into being desktop wallpaper.
Score: 19 Votes (Like | Disagree)

Yamcha
I always liked the start up video, but I guess its not the biggest deal..
Score: 18 Votes (Like | Disagree)

I'm sure the video will be there. They just aren't showing that in the GM build. I'm pretty sure there was no video in the GM builds for SL. Some one correct me if I'm wrong.

I can live without the Welcome video but if they screw with the startup chime..... 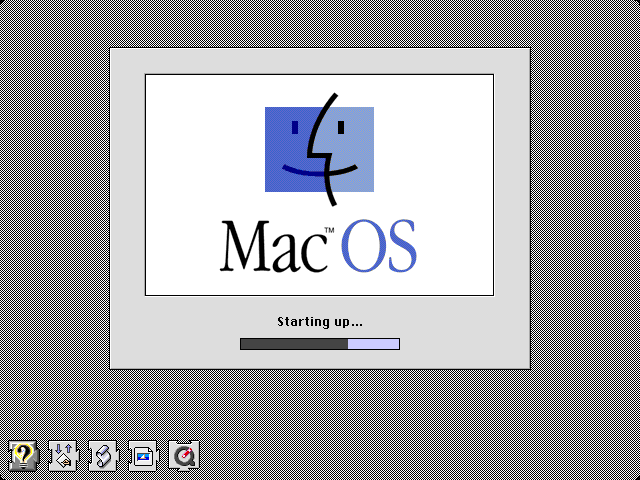 Monday March 1, 2021 6:44 am PST by Sami Fathi
Apple faces a new class-action lawsuit that accuses it of deliberately releasing iOS updates that slowly reduce the performance of an iPhone, forcing customers to upgrade their devices. The lawsuit comes from the Portuguese Consumer Protection Agency, Deco Proteste (via Marketeer), which in a statement says that it will proceed with a case against the Cupertino tech giant because it...
Read Full Article • 237 comments

Monday March 1, 2021 4:00 am PST by Tim Hardwick
Apple's forthcoming iPhone 13 could include a 1TB storage option for some models and LiDAR Scanners across the entire lineup, according to a report from Wedbush analysts. In a new note to investors, seen by MacRumors, Wedbush analyst Daniel Ives said that initial Asian supply chain checks gave the firm "increased confidence" that Apple's 5G-driven product cycle would extend well into 2022,...
Read Full Article • 78 comments

Monday March 1, 2021 7:50 am PST by Joe Rossignol
iPhone 13 models will all feature a smaller notch, while the two Pro models will be equipped with low-power LTPO display technology for a 120Hz refresh rate, analyst Ming-Chi Kuo said today in a research note obtained by MacRumors. Several other sources have previously claimed that some iPhone 13 models will support a 120Hz refresh rate, including display industry analyst Ross Young, leakers ...
Read Full Article • 70 comments

Sunday February 28, 2021 9:26 am PST by Frank McShan
The team behind the "unc0ver" jailbreaking tool for iOS has released version 6.0.0 of its software, which can allegedly be used to jailbreak any device running iOS 11.0 through iOS 14.3 using a kernel vulnerability. The unc0ver website describes how the tool has been extensively tested across a range of iOS devices running various software versions, including an iPhone 12 Pro Max running iOS ...
Read Full Article • 88 comments