Earlier this year, Apple rolled out In App Subscriptions for App Store applications, offering content providers a way to provide ongoing content within their applications. As part of that rollout, Apple required that providers offer their content via In App Subscriptions at at least the same rates as other purchasing mechanisms and also barred apps from including links to those alternative external mechanisms, such as "buy" buttons linking out to web-based stores. The regulations were set to apply to both purchased and subscribed content, and would go into effect on June 30th (today) for existing applications.

But with just a few weeks to go before the deadline, Apple backpedaled somewhat, adjusting its App Store terms to allow developers to provide content in their applications without also requiring that the content be made available through In App Purchases/Subscriptions. The company did, however, maintain its exclusion of "buy" buttons linking to external purchasing mechanisms, and presumably continued to demand a June 30th compliance date for existing apps.

Last week, Hulu Plus became one of the highest-profile apps to comply with Apple's new rules, simply removing an external link for signing up for the Hulu Plus service. The revised app complies with Apple's rules by playing outside subscription content without offering an In App Subscription option while also not providing users with a way to subscribe to the service linked from directly within the app.

At the time, it was noted that a number of other high-profile apps had yet to comply with Apple's terms and that some such as Amazon's Kindle app might have significant difficulties doing so given their focus on offering individual eBook purchases. Offering access to a catalog of eBook content with no way to link out for external purchases would mark a relatively significant inconvenience for users trying to make new purchases. 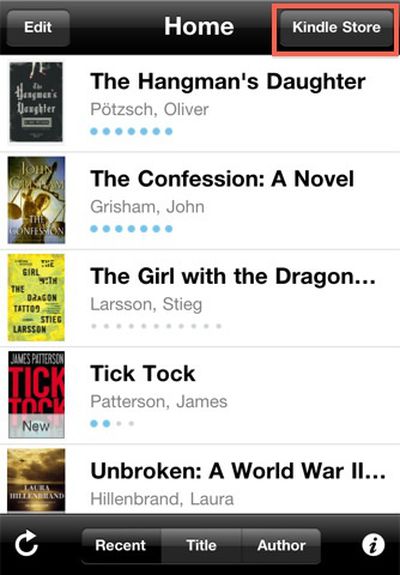 CNN Money reports that Kindle does indeed appear to be in Apple's crosshairs, along with similar eBook services from Barnes & Noble and Borders.

The new rules explicitly prohibit apps that include "external mechanisms for purchases ... such as a 'buy' button that goes to a web site to purchase a digital book."

Apple and the digital booksellers have remained silent on exactly what is expected to happen today as the new rules take effect, but none of the high-profile applications have yet received updates that would bring them into compliance with the rules.

Apple is not averse, however, to rejecting or removing such applications for non-compliance, as the company demonstrated by rejecting a Sony Reader application earlier this year for its ability to purchase external content without also offering In App Purchasing.

stockscalper
The irony of it all ... once upon a time the Apple flew a pirate flag and led a revolt against uptight corporate types like IBM. Now, Apple has become IBM. Orwell would be pleased.
Score: 31 Votes (Like | Disagree)

Morod
Aw, come on Apple, don't be messing with my Kindle stuff.
Score: 24 Votes (Like | Disagree)

malnar
I hardly think Amazon is shaking with worry about this. If anything, they're probably excited at the possibilities - millions of angry Apple customers suddenly left in the lurch. I know I'll be voting with my money and buying a Kindle, not going the route Apple hopes - by using iBooks. This will only hurt Apple - it could seriously influence my decision to buy an iPad in the future, as reading on it is one of the things that made it worthwhile.
Score: 22 Votes (Like | Disagree)

Rodimus Prime
Apple would be setting itself up for antitrust trouble if they do not allow kindle. If not the US then the EU. Beside apple would be hurt a lot more than amazon if they block the kindle app
Score: 15 Votes (Like | Disagree)

Apple is forcing Amazon (whose Kindle store competes directly with iBooks) to give them a 30% cut of all sales. Sounds like antitrust to me.
Score: 13 Votes (Like | Disagree)
Read All Comments