Apple's patent licensing deal with Nokia may have some additional consequences beyond the immediate effects of the settlement. By agreeing to a long-term licensing agreement with Nokia, Apple gets a lengthly, defensive legal fight out of the way. This allows Apple to focus all its legal energies on major battles with Samsung, HTC and Motorola.

Speaking with the NYTimes, Apple indicates that the settlement is actually a cross-licensing one:

Apple and Nokia have agreed to drop all of our current lawsuits and enter into a license covering some of each other’s patents, but not the majority of the innovation that makes the iPhone unique. We are glad to put this behind us and get back to focusing on our respective businesses.

There a larger, much more strategic victory here as well. By agreeing to pay royalties for Nokia's patents, Apple has set a market price -- and given Nokia's patents serious legitimacy. Apple wouldn't pay anything if they didn't have to, and other companies may not want to fight over turf Apple has already acquiesced to Nokia. 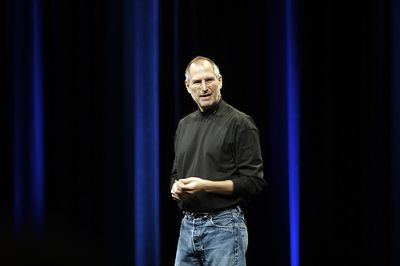 Other companies, notably Android handset manufacturers, may now have to play ball with Nokia on these patents -- and they don't necessarily have the margins to send 1% of gross revenues to Nokia as easily as Apple can. In fact, because Apple has so many of its own patents (some of which it cross-licensed to Nokia) other manufacturers may have to pay even more for the same licenses.

Florian Mueller has suggested just that at FOSS Patents:

Given that Android is in many ways a rip-off of Apple's operating software, Android-based devices are highly likely to infringe on largely the same Nokia patents that Apple now felt forced to pay for.
[...]
This is a sweet defeat for Apple because its competitors -- especially those building Android-based devices -- will also have to pay Nokia, and most if not all of them will likely have to pay more on a per-unit basis because they don't bring as much intellectual property to the table as Apple definitely did.

Apple pays off Nokia, but exposes the competition as well. Competition that doesn't have as much money or intellectual property to barter with.

Doctor Q
The "winner" of a cross-licensing deal, if you want to think of it that way, is the one who gets paid, in this case Nokia. I doubt that Apple has had trouble because its lawyers are spread too thin, but the settlement is presumably worth it to Apple. They may have expected to owe these same licensing payments anyway as a result of the lawsuits.

It's best for our interests as consumers if companies have strong reasons to do the R&D for new developments, with rights to their patents being one of their incentives. But it's also in our interests to see new developments used in many products, which can result from cross-licensing and even from patent infringement! Somebody (us) ultimately has to pay for it, of course, but I'd rather pay for R&D than for court battles.
Score: 8 Votes (Like | Disagree)

nice headline grabbing BS by our media. It is safe to bet that the other manufactures were already paying the for the patents. I know LG, HTC, Samsung, Motorola, and Blackberry already have an agreement with them and most of them have patents sharing with Nokia.

I love the piss poor reporting the media does.

Amen to this. Other OEMs have been making phones way before Apple even came up with the idea of iPhone. They have already settled with Nokia and are paying the license fees, so why would this hurt Android?
Score: 6 Votes (Like | Disagree)

gkpm
So much hatred against Florian Mueller.

The guy has actually given some good coverage on the Lodsys issues lately.

Don't see the point of such ad hominem attacks. If you have beef with the actual article then say it.

To me it appears the two platforms are similar, so he has a point.
Score: 4 Votes (Like | Disagree)

The patents are described in Nokia filing, they're hardware patents

No they are not. There's software patents as well. Stop spreading rubbish.

For example one of the patents is on "Mobile Station with Touch Input Having Automatic Symbol Magnification Function,"

Which is how the iPhone zooms in on the key when you press it on the virtual keyboard. That's a software patent.

See the actual filing here: http://tinyurl.com/yd4rcop (you have to register with the ITC, but it's free)
Score: 3 Votes (Like | Disagree)

Really guys, when you read the name Florian Müller you should automatically keep it away from MacRumors. The guy is a paid mouthpiece for Microsoft and nothing else.

Whatever he says you can be sure that he paints the bleakest picture possible for any Microsoft competitor. Google and anything related to Google is top of his hitlist because at the moment Google looks even more threatening to Microsoft than Apple does, but that can change any moment when he gets different instructions from his paymasters.


That's true but I don't see any reason why he would be bothered.

This site is supposed to be about rumours. I don't mind a bit of actual fact in between the rumours :D but paid disinformation doesn't belong here.


May be the whole news is wrong and baseless, but it's a good rumour anyway. ;)

"Good coverage"? Florian Müller is the one who advises iOS developers to suck it up and pay the patent trolls. And Android developers should do the same.


I can quote a number of people who said 'paying up' was better than kind of litigation whatsoever.
If I remember right, Marco Arment suggested all developers pay and be happy. Maybe that was a short term solution but was indeed the right thing to do if Apple didn't play the game. Even JohnGruber suggested that Litigation can be a big pain and one can suffer a lot.

I don't see anything wrong with his suggession. Like many others, no one knew that Apple was gonna step in, the way things turned out.

Look, when there is a history of one article after the other by the same author spewing misinformation, by an author who has actually no qualifications whatsoever, and each single article is attacking Microsoft competitors, and in many cases making exactly the same statements that Microsoft makes officially at the same time, then an attack on the person is not "ad hominem" anymore.


Provide links so even I can understand that?

And when I strongly agree with Rodimus Prime, as I do on this point, you can safely assume that he is correct.


Maybe he is, but I think he is too short tempered and abusive some times.
Score: 3 Votes (Like | Disagree)

And Android still has to face the Java lawsuit that might wipe them out.

I am sure many people can't wait.


I guess you'd be all for an Apple dictatorship over the market wouldn't you. Are you sure you're a consultant? :rolleyes:
Score: 3 Votes (Like | Disagree)
Read All Comments