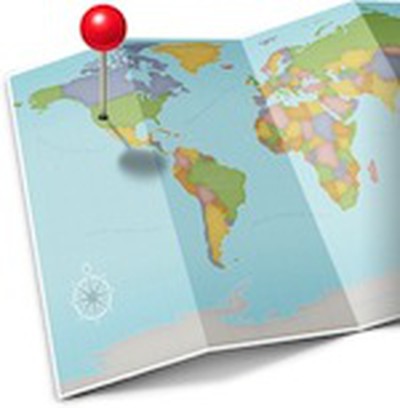 Following up on testimony from Apple and Google representatives regarding mobile privacy, U.S. Senator Al Franken has sent out a letter (PDF) to Apple and Google requesting that the companies require developers to include "clear and understandable" privacy policies for apps available in their marketplaces.

At the hearing, I asked Dr. Tribble and Mr. Davidson whether Apple and Google would commit to requiring that all applications in the Apple App Store and Android App Market have clear and understandable privacy policies. I am writing today to renew this request, and ask if each of your companies would be willing to adopt this simple first step towards further protecting your users' privacy.

Franken notes that the action would not resolve privacy concerns related to mobile apps, but would be an easy and reasonable first step to ensure that customers have appropriate information about what information is being collected and how it is being used.

At a minimum, Franken requests that such privacy policies be required of location-aware applications, although he believes that all applications should be subject to the requirement.

Apple and Google have each said time and again that they are committed to protecting users' privacy. This is an easy opportunity for your companies to put that commitment into action.

Franken has been spearheading legislators' inquiries into mobile privacy since last month's high-profile disclosure of geolocation data being stored on users' devices and in backups on their computers. His initial letter to Apple kicked off congressional interest in the topic and led to the hearing earlier this month attended by Apple's Bud Tribble, Google's Alan Davidson, and several other experts and privacy advocates.

Google already gives CLEAR instruction on an apps function before you install anything.


Are you kidding? Google is the king of data mining. What do they know about Android users? Who do they sell it to? Why are they SO insistant that all Android phones have Google Maps on them? Clearly they're making money from that being on your phone. How, exactly? Do they know what stores I'm visiting? I dunno, I've never seen them explain all that. Have you? Where do they list it all?
Score: 11 Votes (Like | Disagree)

Virtualball
The hypocrisy of my country is disgusting. We ask Apple and Google to tell users why their locations are tracked for FEATURES THEY SIGNED UP FOR, but then sign another 4 years of an unamended Patriot Act. Why are my politicians even paid to care about whether Angry Birds knows where I am? What a sad waste of tax dollars. Seriously, **** this place.
Score: 9 Votes (Like | Disagree)

Small White Car
I like how a Senator can ask a company to simply be honest with their customers and it somehow sets off the MacRumors community as an unreasonable outrage.

shadygrove
What a joke. The politicians should force each other to write "clear and understandable" legislation that isn't 2,000 lines long the average isn't capable of comprehending. As always, hypocritical politicians getting in the way.
Score: 8 Votes (Like | Disagree)

Any chance you could work on simplifying the 50 page iTunes agreement we have to accept every few weeks ???

Apple and Google could save themselves a lot of future problems by agreeing on these standards early and through protecting the privacy of their consumers.

It's only going to take one good event involving a data breach or personal information breach due to lack of digital privacy/security before the public really starts demanding that something be done to protect them from malicious programmers.

The problem is that Apple is actually right on this one when they were asked previously: It isn't enough. The issue of enforcement is one that Fraken is currently hand-waving away and ignoring. Enforcement won't catch all the situations where a developer may lie about the data transfer. How do I validate what an app sends back to the mothership through an encrypted channel, for example?

What Apple has been doing instead is allowing the user to mis-trust the developer and lock them out of the location information if the app asks for it. That is easy to enforce and puts the power in the hands of the user. Unfortunately, it doesn't help situations where an app with legitimate reasons to access the information also uses it for more nefarious purposes, but depending on how nefarious, a privacy policy requirement isn't going to stop it.
Score: 6 Votes (Like | Disagree)
Read All Comments

Monday May 3, 2021 10:04 am PDT by Eric Slivka
Apple today released iOS and iPadOS 14.5.1, minor security updates that come just a week after the release of the iOS 14.5 update. There is also a companion watchOS 7.4.1 update for Apple Watch and an iOS 12.5.3 update for older iPhone and iPad devices that don't support Apple's latest operating system versions. According to Apple's release notes, the update fixes a bug with App Tracking...
Read Full Article • 107 comments

Tuesday May 4, 2021 9:51 am PDT by Juli Clover
Just after Apple announced its AirTags, Tile CEO CJ Prober relayed his concerns about competing with Apple in the tracking space, and said that Tile would ask Congress to investigate Apple's business practices specific to Find My and item trackers. Prober this week did an interview with Bloomberg, where he further expanded on Tile's complaints about Apple and why he feels that Tile is...
Read Full Article • 352 comments

Saturday May 1, 2021 10:41 am PDT by Sami Fathi
Apple is laying the groundwork for adding HiFi support to Apple Music which would offer Apple Music subscribers and owners of compatible devices, such as certain models of AirPods, access to high-fidelity audio streaming, according to code within the iOS 14.6 beta discovered by MacRumors. Earlier today, a report claimed that Apple will announce a new $9.99 per month Apple Music tier that...
Read Full Article • 208 comments