TouchArcade and GameInformer note that acclaimed game developer Bungie has started work on a mobile game under the company Bungie Aerospace. The new company was started by Bungie and has filed a trademark for "Crimson" which is described as:

Gamespot points out that Bungie writer and designer Joseph Staten teased of the new project at GDC 2010: "Wouldn't it be great if we could make a world that was always there for you, with lots of stories to tell, like a big, infinite storytelling horizon? Man, that would be great."

Bungie was originally a Mac developer and responsible for first person shooter Marathon. Bungie, of course, was later acquired by Microsoft and launched Halo as an Xbox exclusive title. Bungie split from Microsoft in 2007 and is in a publishing contract with Activision. While no one has mentioned the iPhone or iOS specifically, given the size of the market, any mobile phone game in the works is likely to be targeted at Apple's platform.

Release the Marathon Trilogy for the iPad FIRST, and *then* do whatever . . .

Durandal and the S'pht are waiting, and Tycho's very unhappy. No time to was7e. 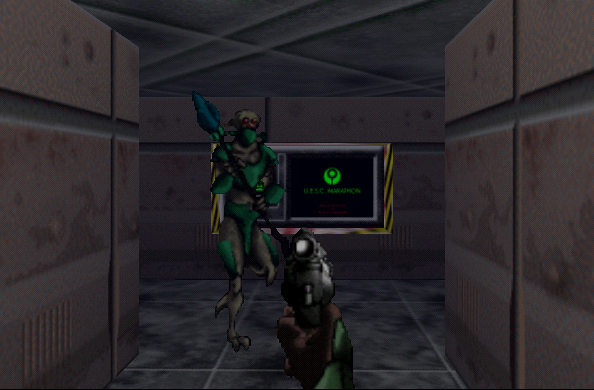 I thought Halo 3 was ok, ODST was fairly good. And I thought Reach was brilliant.

They can't ever bring back that wow, Combat Evolved had the Wow-Factor because no other shooter was like it, nothing gave you that openness to explore, huge levels, combining vehicles, on foot, and flying parts together.


Some folks may balk at the idea...but I think they could even go bigger in regards to scale. Why not have a game that

1: Emphasizes team squad tactics with Single Player Co-op (similar to ODST, but more along the lines of SOCOM with AI command)

2: Blow the doors of the environments...make the team truly intergalactic bad asses (ala Mass Effect). Have them travel to different systems. Make them a neo-spartan team that assaults remenent militant covenant forces in the future...kinda flipping the MO of the alliance always getting pawned.
With the usual plot twists and revelations.

3: Make the game darker and more frightening (like how Marathon made you feel)...


...If my non dev brain can think of some fresh perspectives (as juxtaposed against Bungies current games)...just think what they could envision and implement.

I believe that "freshness" is attainable again.
Score: 1 Votes (Like | Disagree)

Yes I saw that, and it didnt look nearly as good or polished as the version that came out for Xbox.


Of course it didn't, because it wasn't finished.

I do not have a problem with a company or person looking out for themselves but DO NOT tell your audience/customers that we are all about them and then knee them in the groin and holding the Bill.
Score: 1 Votes (Like | Disagree)

I think going with Microsoft was the best thing that ever happened to them.

I am totaly sure it was "the best thing that ever happened to them", the money they walked away with must have been awesome.

My point is they claimed they were all about about making the best games for the Macintosh and then they stuffed their pockets and turned their backs on the Mac community.
Score: 1 Votes (Like | Disagree)

You know, they had a game that took place on a ship, called Marathon. They could do EVE Online, but the action is in the ship as well as outside. Or heading down to planets ala Halo? We had some of these elements in Marathon.

My guess is "Crimson" will be a departure from their earlier stuff.

It would be interesting to have a network of psycho computers transporting players around various ships and planets. You turn on the game and don't know if you'll be dealing with the Pfhor..er baddies..in a ship or running some asinine mission on the ground. Then you have some sort of resistance, of other players trying to build a community against the tyrannical computers. Keep the dual issues of the various alien races and crazy computers of Marathon but add the community element allowed by the internet and multiplayer environments.
Score: 1 Votes (Like | Disagree)

smileyborg
I would love to have a nice MMO(RPG?) game that I could carry around with me and play at leisure. Halo-esque would be awesome! I don't know of any good ones currently available for iOS...
Score: 1 Votes (Like | Disagree)
Read All Comments