Apple and Google to Testify at Congressional Hearings on Privacy 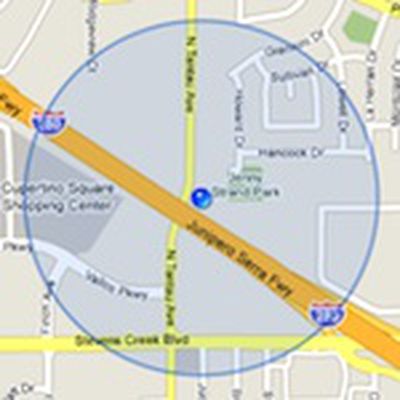 Computerworld reports that U.S. senators have confirmed that representatives from Apple and Google will participate in Senate hearings on privacy spurred by questions over location databases stored by the companies' smartphone operating systems.

"I'm pleased that Apple and Google have confirmed that they'll be sending representatives to testify at my upcoming hearing on mobile technology and privacy," Sen. Al Franken (D-Minn.) said in a statement issued today.

Franken, who chairs a new Senate privacy panel, added that the hearing was a "first step" in Congressional inquiries whether federal laws have kept up with the surge in mobile devices, including smartphones and tablets.

Franken was the first federal legislator to lodge a formal inquiry with Apple about its practices, seeking information on what data the company is collecting and what it is doing with it.

Franken's hearing, which is set to begin at 10 a.m. ET on May 10, will also take testimony from officials with the U.S. Department of Justice and the Federal Trade Commission, as well as from Justin Brookman, director of consumer privacy at the Center for Democracy & Technology.

Apple officially responded to the controversy earlier this week after it had investigated exactly what was going on and determined how best to explain the situation. Apple CEO Steve Jobs noted in an interview on Wednesday that he expected that Apple would testify for governmental representatives, calling it "great" that they were interested in the topic.

I know, right? 77 million people may have gotten their CC info, personal gaming habits, and address and contact info stolen. But hey, THAT was an "accident" brought upon by illegally exploiting flaws in the system.

The Apple case is a situation where someone could find out within a couple miles where you used to have gone. It's different though, because THAT was an "accident" brought upon by illegally exploiting flaws in the system.


LOL that was pretty funny...

But again, there was no way for anyone at Apple to find out because the data is encrypted anonymously AND it's saved on your own darn computer lol.
Score: 5 Votes (Like | Disagree)

While some may argue that Apple and the iphone user have an agreement that allows Apple to collect data in one fashion or another, the agreement cannot be made if the iphone owner knows nothing about it.

Collection of data needs to be disclosed to the public in order for individuals to be able to make a choice. I don't know if a company can be made to offer a choice of collection or no collection . Perhaps it is their right to say if you buy this, this is how it works. But at the very least they have to tell you that is how it works. If not legally bound to offer the ability to stop data collection, I would think a company that offers the choice has a better public image. ...CLIP

Remember all those little boxes that popped up saying "this app wants to use location information, is that OK?" and you checked "yes?" Well, that was your agreement to allow them to gather the data. The overall agreement you so blithely agreed to when you bought the device and activated it included language that gives apple and its subsidiaries and partners the right to collect that location information. If you, as a consumer, didn't read the agreement, then it's not Apple's problem that you agreed to an unread document. As a consumer, you have to assume responsibility for what you agree to when when buy stuff.
Score: 4 Votes (Like | Disagree)

ten-oak-druid
People who minimize the importance of privacy don't get it.

Sure you can say there is no abuse of the privacy, etc. Yet it is still important to fight for rights. Establishing precedent that privacy rights are "quaint" and unnecessary now makes it more difficult for later generations to use those rights when they might be necessary. The world is not static.

The rate at which rights are abandoned is also a factor. Shrugging off privacy rights now on seemingly harmless data gathering data makes it easier for entities to take the next step 5 years from now and use that data in some fashion without permission. At that point it isn't gathering and using data without consent that would be new. It would only be trivial usage. After all the gathering would have been going on and everyone is use to that. Five years after that another incremental step won't be such a shock. Its the frog in boiling water vs. the frog in water slowly warming. Take too big a step to infringe on rights and people get concerned. Take small incremental steps and people don't notice.

Finally, there is an issue with what I call modern day peasants. These are the people who will rally to the cause of the ultra rich or mega corporations at the expense of themselves. In one breath they support a company going to court over corporate espionage or infringement of intellectual property. But when it is the little guy wanting to fight for a personal right, the support of the modern day peasant isn't there. Especially if it is the little guy vs. the government or a large corporate entity. The modern day peasant a sycophant . Like the peasant of medieval times, he or she kisses up to the local lord thinking someday the favor will be returned. The lord, CEO or politician really has no interest in inviting the peasant to the castle or country club but appreciates the loyalty.
Score: 4 Votes (Like | Disagree)

This has got to be the most frustrating thing in the world to sit there and have someone who is your absolute intellectual inferior (on this subject) sit there and tell you how to do your job.


Imagine being an engineer at RIM

Get statements UNDER OATH and bring charges if Apple tries to spew lies and half truths. I would love to see Apple executives do the perp walk if they lie during this hearing.


This is not an investigation, they are asking companies to help them understand the issues for future legislation...
Score: 3 Votes (Like | Disagree)

3282868
Is this the same government that used warrantless wiretaps on AT&T customers in the "fight against terror"? I find this whole ordeal ironic.

Side note, someone suggested Apple may have intentionally wanted this leaked in order to bring other companies such as Google to the forefront of this issue, perhaps as a way to dodge a bullet. I can't imagine any company being so blasé about an issue such as this (aside from "Aettana-Gate" which was more media hype).

People who minimize the importance of privacy don't get it..

I'm more concerned about "The Patriot Act," you know, that "little law" the Bush admin instated that basically threw out "Due Process" and tore up the Constitution. Our founding fathers are rolling in their graves...

...although honestly, they can follow me all they want, my life is BORING. Heck, Jobs can come by for dinner any time. I'll even make certain it's Vegan :p
Score: 3 Votes (Like | Disagree)

Yeah because this issue is so much more crucial than the debacle over at Sony with the PSN thing. :rolleyes:

I know, right? 77 million people may have gotten their CC info, personal gaming habits, and address and contact info stolen. But hey, THAT was an "accident" brought upon by illegally exploiting flaws in the system.

The Apple case is a situation where someone could find out within a couple miles where you used to have gone. It's different though, because THAT was an "accident" brought upon by illegally exploiting flaws in the system.