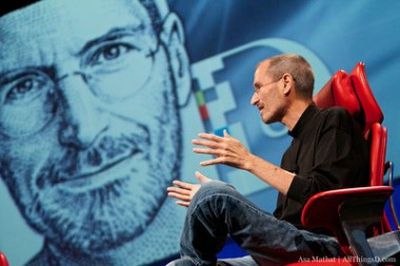 Earlier today, Apple officially responded to recent concerns regarding significant amounts of location information being stored on users' iPhone and in system backups, noting that the information is actually a database of nearby Wi-Fi and cellular access points used to provide quick location fixes when needed.

While we noted earlier this week a claimed brief email response from Apple CEO Steve Jobs regarding the issue, he has now spoken more thoroughly about the issue in a new telephone interview with All Things Digital. In the interview, Jobs reiterated many of the same statements made in Apple's official Q&A on the issue, but offers a bit more perspective on things.

Jobs said that the tech industry hasn't done a good job of educating users on what has been a fairly complicated issue.

"As new technology comes into the society there is a period of adjustment and education," Jobs said. "We haven't as an industry done a very good job educating people I think, as to some of the more subtle things going on here. As such (people) jumped to a lot of wrong conclusions in the last week."

Jobs declined to comment on the practices of other companies such as Google that have also been included in the controversy, noting only that Apple intends to participate in discussions with federal legislators and regulatory agencies to reassure them about Apple's practices.

"I think Apple will be testifying," Jobs said. "They have asked us to come and we will honor their request of course."

Jobs also said it will be interesting to see how aggressively the press tracks the issue and looks at what other players in the industry do.

Jobs was joined on the call by Apple executives Phil Schiller and Scott Forstall, and All Things Digital will be posting a more thorough recap of the interview shortly.

Small White Car
Apple's attitude about this stuf has always been very positive. I'm totally willing to believe that all this stuff was an oversight since believing that matches what they've said in the past.
Score: 12 Votes (Like | Disagree)

We iPhone and 3G iPad owners are plenty upset by this as well.


Well, to be fair, you express hate toward Apple constantly. And given the conspiracy ideas in your signature, you are plenty upset about lots of things in your life. So I would hardly consider you a typical case. Apple could offer free computers tomorrow and you'd instantly post a message expressing your hatred of Apple for doing that.
Score: 9 Votes (Like | Disagree)

LagunaSol
All the while the real Big Brother, Google, gets surprisingly little scrutiny from the American press.
Score: 6 Votes (Like | Disagree)

Apple's attitude about this stuf has always been very positive. I'm totally willing to believe that all this stuff was an oversight since believing that matches what they've said in the past.


Agreed. More often than not, Apple has tried to side with the user's interests. It's good business practice for them since an angry customer is not a good customer. And since their business model depends on people spending hard-earned cash for products, they need to make their users happy.

Wall Street and the marketplace seem to think they are doing an overall good job.
Score: 5 Votes (Like | Disagree)

I am not defending Full of Win. I sincerely am not...


Problem is that his information is not factual. It's FUD.
Score: 4 Votes (Like | Disagree)

toddybody
I'm very glad Steve is feeling well enough to be out and about. God bless
Score: 4 Votes (Like | Disagree)
Read All Comments