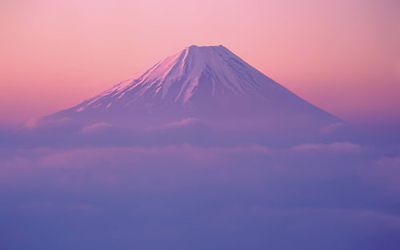 A finding earlier this month by OSXDaily has generated some speculation about Apple's plans for "Retina" display Macs. The Mac OS X Lion Developer Preview 2 released in late March included an ultra-high resolution version of the background desktop image at a resolution of 3200x2000. A few observers noted that this is higher than any Apple display has ever supported, generating speculation that Apple is preparing for "Retina" display Macs in the near future.

We had previously reported that Mac OS X Lion has made some under-the-hood changes opening the door to such super-high resolution displays.

Taking cues from iOS, Apple has reportedly built in support for what it calls "HiDPI display modes". These HiDPI modes allow developers to supply 2x-enlarged images to support double-high resolution displays. Like the iPhone 4's Retina Display, this means that user interface elements will remain the same size, but everything will be twice the resolution and therefore twice as detailed.

Now, MacMagazine.com.br has found that Apple is already starting to include other super high resolution artwork in Lion. They found several icons stored as 1024x1024 sizes, up from a previous maximum of 512x512.

Click for full-size
Of course, this support for super high resolution displays is only the first step, but suggests Apple is planning ahead when the hardware becomes available.

anyone remember when screens were 1024x768? who would have imagined that now icons are 1024x1024... that icon is bigger than the total resolution of my first computer's display
Score: 11 Votes (Like | Disagree)

Nice weekend update. I was afraid that ugly iPhone 5 mock-up was going to be hogging the front page all weekend long.
Score: 8 Votes (Like | Disagree)

So we're good on RAM and bandwidth. Now, what ATI family introduces DP 1.2 so that we can use this new standard ? Oh right, the Radeon HD 6000 series, AMD's current shipping tech! Now if only Apple would release some kind of support for these GPUs, like they did back in 10.6.7 ;) :

What exactly is missing here ? Oh right, a hardware refresh with said hardware included, which is probably a formality seeing all of these news and facts :cool:
Score: 7 Votes (Like | Disagree)

Retina display means the opposite of what you may fear: it doesn’t mean tiny menus and unreadable text, the way traditional computer displays look when tons of extra pixels are crammed in.

Instead, it means MORE readability: added sharpness of the same, nicely-readable, text sizes. Like an iPhone 3GS vs an iPhone 4.
Score: 7 Votes (Like | Disagree)

Wish Apple did something towards resolution independence and not make images bigger and bigger. :confused:


The basic fact is vector graphics aren't always appropriate. A lot of things really can only be done, or can be done much better, with pixels. For any image with a lot of detail, it's easier -- both for the artists making them, and for the computers rendering them -- to store an extremely high resolution bitmapped image, and then downscale it as necessary, than it is to make and render a vectorized version that is "truly" resolution independent.

And now Apple's realized that by targeting "Retina Display" resolution levels, this is the last increase in image sizes they'll ever reasonably need: there's no point in making images bigger beyond this point (or displays with higher-than-retina-level DPI one would need to render them) because your eyes really won't be able to tell the difference.
Score: 6 Votes (Like | Disagree)

Bogus story because Apple would never fit graphics cards capable of outputting at that res in the iMacs or laptops. Plus I don't think any single monitor can have that resolution that you can buy today?


Do you understand technology?
Score: 4 Votes (Like | Disagree)
Read All Comments