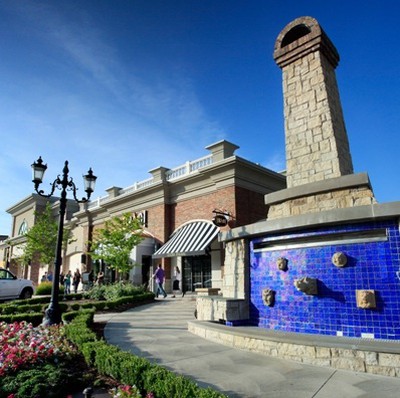 Promenade at Chenal, Little Rock, Arkansas
As noted by ifoAppleStore and several eagle-eyed observers who reported the developments to us, Apple is preparing to open a new retail store this October in Little Rock, Arkansas. The store will be the company's first in that state.

After an extended four-year courtship, Apple has finalized plans -- for a second time -- to open a store at the Promenade at Chenal mall in Little Rock (Ark.). Job listings for the future store were posted last week, indicating an October grand opening.

Apple had been preparing to open a store in Little Rock several years ago, filing building plans in November 2007 and following that up with job postings in January 2008. Those plans apparently fell through, but it now appears that Apple has revived the project and is going forward with it, having signed a lease committing itself to the new space.

Arkansas should become the 44th U.S. state with at least one Apple retail store, with its opening apparently set to come just after Apple opens its first Alaskan store in September. With those openings, just six states will be without an Apple retail store: Montana, North Dakota, South Dakota, Vermont, West Virginia, and Wyoming.

Wednesday January 13, 2021 1:16 pm PST by Juli Clover
CES 2021 is taking place digitally this year, and it hasn't been as exciting as in past years because many vendors have opted out. That said, some companies are still showing off some interesting Apple-related accessories that are coming out this year and that will be of interest to Mac, iPad, and iPhone users. Subscribe to the MacRumors YouTube channel for more videos. Pioneer Wireless...
Read Full Article • 15 comments

Wednesday January 13, 2021 4:08 am PST by Tim Hardwick
Apple today announced a set of new projects as part of its $100 million Racial Equity and Justice Initiative (REJI) to help dismantle systemic barriers to opportunity and combat injustices faced by communities of color. Rendering of the Propel Center The projects include the Propel Center, a global innovation and learning hub for Historically Black Colleges and Universities (HBCUs), an Apple ...
Read Full Article • 525 comments