With the iPad 2 about to launch, a couple of App developers are taking advantage of this time to launch new iPad 2 optimized versions of their apps. 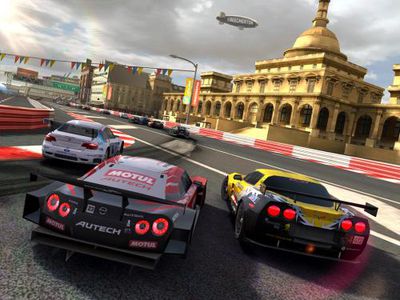 Infinity Blade
Meanwhile, ChAIR / Epic Games has announced that Infinity Blade will see an updates on Friday bringing iPad 2 optimizations to their game.

One of the most popular gaming apps released to date, the ground-breaking Infinity Blade will be updated tomorrow with new optimizations specifically for iPad 2. Taking advantage of the processing power of iPad 2, Infinity Blade looks and plays better than ever and is the ultimate show off your iPad 2s graphics prowess" app!

Infinity Blade is based on Epic's Unreal Engine 3 and has been an impressive example of what's possible on Apple's iOS devices. The iPad 2 update has not yet been released, but the original version remains available for $5.99. [App Store]

Friday December 3, 2021 7:10 am PST by Hartley Charlton
Apple's AirTags are being used in an increasing number of targeted car thefts in Canada, according to local police. Outlined in a news release from York Regional Police, investigators have identified a new method being used by thieves to track down and steal high-end vehicles that takes advantage of the AirTag's location tracking capabilities. While the method of stealing the cars is largely ...
Read Full Article • 226 comments

Sunday December 5, 2021 7:55 am PST by Hartley Charlton
Apple is working on five new Macs for launch in 2022, including a new version of the entry-level MacBook Pro, according to Bloomberg's Mark Gurman. In the latest edition of his "Power On" newsletter, Gurman said that he expects Apple to launch five new Macs in 2022, including: A high-end iMac with Apple silicon to sit above the 24-inch iMac in the lineup A significant MacBook Air...
Read Full Article • 157 comments