An enticing headline over the weekend at PocketNow claims that Verizon is buying up iPhone-related domains, presumably as a prelude to the launch of an actual Verizon iPhone.

The report notes that both iPhoneOnVerizon.com and iPhoneForVerizon.com are under the control of Verizon Trademark Services LLC. The same company controls Verizon's main domain at Verizon.com. 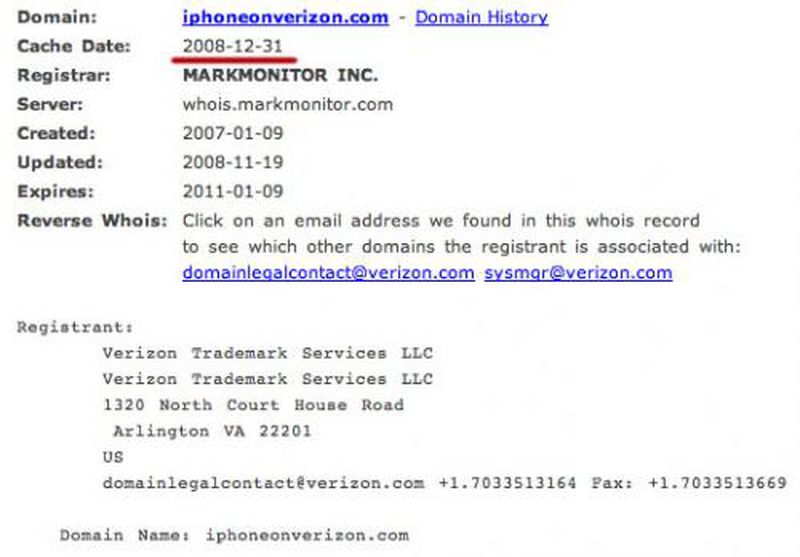 Screenshot of historical Who-Is data from 2008

The domains do appear to have been transferred over to Verizon -- but it all happened in late 2008. Verizon presumably had a legitimate trademark claim to the use of "Verizon" in a domain name regardless of their intention of even launching an iPhone. Strangely the pages still point to the link farms that were hosted there originally by the owners.

While we do think that Verizon will be coming out with an iPhone in the near future, this doesn't really offer any more evidence.