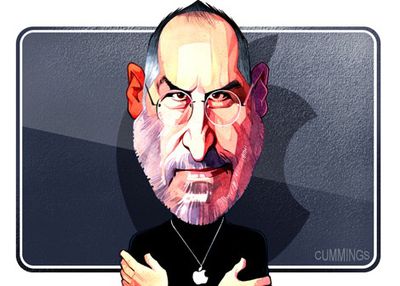 Prominent British international business newspaper Financial Times today announced that it has selected Apple CEO Steve Jobs as its "Person of the Year" for 2010, marking yet another accolade for the company and its leader that have seen remarkable success over the last decade.

A rebuttal of F. Scott Fitzgerald's much-quoted aphorism that there are no second acts in American life does not come more decisively than this. When Steven Paul Jobs first hit the headlines, he was younger even than Mark Zuckerberg is now. Long before it was cool to be a nerd, his formative role in popularising the personal computer, and Apple's initial public offering on Wall Street - which came when Mr Jobs was still only 25 - made him the tech industry's first rock star.

Now, three decades on, he has secured his place in the foremost ranks of the West Coast tech titans who have done so much to shape the world around the turn of the millennium

As with many profiles of Jobs, the article focuses on Jobs' salesmanship and attention to detail, aspects of his personality that can drive the company to achieve remarkable design standards but also result in him being viewed as a "stern taskmaster" obsessing over the every aspect of Apple's products.

The iPad is the culmination of an approach that he has seemingly been perfecting for his entire career. Those who have laboured under him describe him as a stern taskmaster who understands the art of the possible, rather than a long-range visionary. That means pushing relentlessly forward rather than milking old successes even ones as significant as the iPod.

Earlier this month, Jobs was named Marketwatch's CEO of the Decade, mirroring a similar honor bestowed on him by Fortune in late 2009.