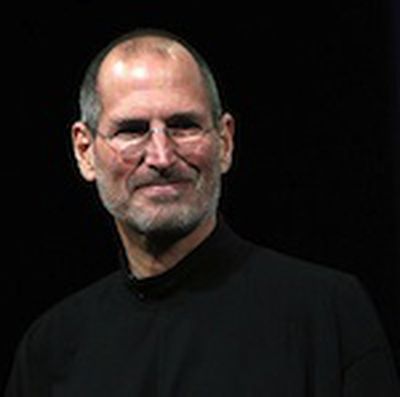 MarketWatch late yesterday announced that it has selected Apple CEO Steve Jobs as its "CEO of the Decade", recognizing the Apple co-founder for his role in revitalizing the company and revolutionizing portable devices.

"The resurrection of Apple is just the most astounding story that's probably happened in business in at least a decade - you might be able to go further and say it's a half-century," says Roger Kay, president of Endpoint Technologies, a technology-industry think tank. "It's on par with Thomas Edison and Alexander Graham Bell in terms of its total impact."

In parallel with the company's string of successes over the past decade that has seen the iPod, iPhone, and iPad all experience wild success in the marketplace as the Mac has continued to grow its market share, investors have also been rewarded by Apple's success.

During the first decade of the new millennium, Jobs and Apple managed to thrive even when the rest of the country didn't. Apple's shares blossomed, pausing only when Jobs's health was in doubt. While the stock trades at roughly 43 times its level of a decade ago, the S&P 500 has lost about 7%.

Jobs won a similar "CEO of the Decade" award from Fortune last year.

Saturday May 21, 2022 9:00 am PDT by Hartley Charlton
With around four months to go before Apple is expected to unveil the iPhone 14 lineup, the overwhelming majority of rumors related to the new devices so far have focused on the iPhone 14 Pro, rather than the standard iPhone 14 – leading to questions about how different the iPhone 14 will actually be from its predecessor, the iPhone 13. The iPhone 14 Pro and iPhone 14 Pro Max are expected...
Read Full Article • 261 comments