Algoriddim, the developer of the popular djay application for Mac, has released djay for iPad today. As we reported last month, the app takes advantage of new audio features that only recently came to the iPad with the release of iOS 4.2.

The app provides a virtual turntable interface that allows scratching and multiple controls as well as full access to the iPod music library stored on the iPad. It is optimized for iOS 4.2 with multitasking and background operation capabilities.

Algoriddim has created a promotional video highlighting the app's capabilities.


The app's features include: 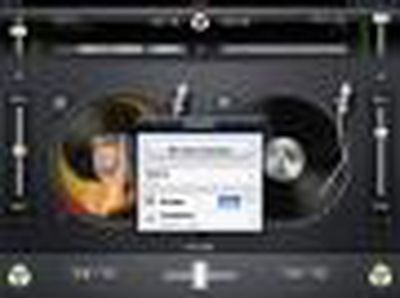 dawnraid
This looks like rubbish. have fun with your auto "sync" kids. Its all about the ones & two's.
Get serato or traktor and your set.
Score: 1 Votes (Like | Disagree)

emotion
I'll get on this later and report back.

I have a "proper" digital dj setup with Ableton Live/Echo Audio interface/FaderFox controllers but this might be good enough for messing around when round people's houses after parties.

I wouldn't use in a club though I don't think.
Score: 1 Votes (Like | Disagree)
Read All Comments