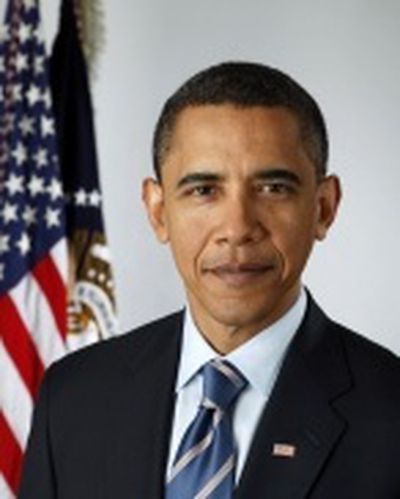 Before that, says a source familiar with the details, he may have a one-on-one meeting with Steve Jobs.

Bloomberg now follows up, noting that the two are scheduled to meet at a San Francisco hotel for about 45 minutes to discuss several topics, including issues related to technology and the economy.

Obama and Jobs are scheduled to meet for about 45 minutes at a San Francisco hotel for a discussion on the economy and technology issues, Gibbs said.

"This is a meeting the president was interested in having," Gibbs told reporters traveling with Obama. "He's eager to talk to him about the economy, innovation and technology, education."

According to the report, Jobs and Obama last met in 2008 during the presidential campaign.

Note: Due to the inevitable political nature of the discussion regarding this topic, the discussion thread is located in our Politics, Religion, Social Issues forum. All forum members and site visitors are welcome to read and follow the thread, but posting is limited to forum members with at least 100 posts.

Tuesday July 5, 2022 6:57 am PDT by Joe Rossignol
The upcoming launch of Apple's redesigned MacBook Air with the M2 chip has some Windows laptop manufacturers "worried" that sales of Intel-based laptops will be negatively affected, according to industry sources cited by DigiTimes. "A Wintel brand vendor pointed out that at a price point of US$1,000-$1,500, the MacBook Air will crowd out other high-end notebooks," the report claims, with...
Read Full Article • 323 comments

Wednesday June 29, 2022 5:23 pm PDT by Sami Fathi
The redesigned MacBook Air with the all-new M2 Apple silicon chip will be available for customers starting Friday, July 15, MacRumors has learned from a retail source. The new MacBook Air was announced and previewed during WWDC earlier this month, with Apple stating availability will begin in July. The MacBook Air features a redesigned body that is thinner and lighter than the previous...
Read Full Article • 330 comments

Tuesday July 5, 2022 5:53 am PDT by Hartley Charlton
European Union lawmakers have approved landmark legislation to heavily regulate Apple, Google, Meta, and other big tech firms. The Digital Markets Act (DMA) and Digital Services Act (DSA) were proposed by the European Commission in December 2020. Now, collected in a "Digital Services Package," the legislation has been formally adopted by the European Parliament and seeks to address...
Read Full Article • 461 comments