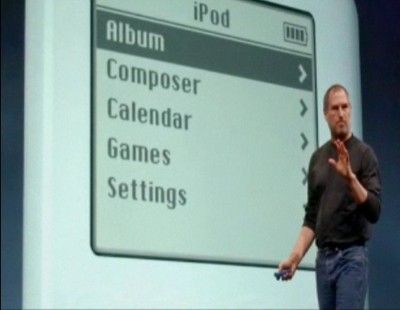 Earlier this week, we noted that Bloomberg Television would be airing a profile of Apple CEO Steve Jobs as part of its new Bloomberg Game Changers series. Following the initial airing of the episode last night, the full 48-minute video has now been posted to Bloomberg's site.

For those who are interested in catching the episode on television, Bloomberg will be re-airing it at 9:00 PM and 11:00 PM Eastern Time tonight.

Monday May 17, 2021 6:06 am PDT by Joe Rossignol
Apple today announced that Apple Music will be gaining support for Spatial Audio with Dolby Atmos at no additional cost starting in June. At launch, Apple Music subscribers will have access to thousands of songs in Spatial Audio from artists like J Balvin, Gustavo Dudamel, Ariana Grande, Maroon 5, Kacey Musgraves, The Weeknd, and many others. Apple says this feature will provide a...
Read Full Article • 416 comments