75% of 'iAd for Developers' Participants Renew or Increase Spending 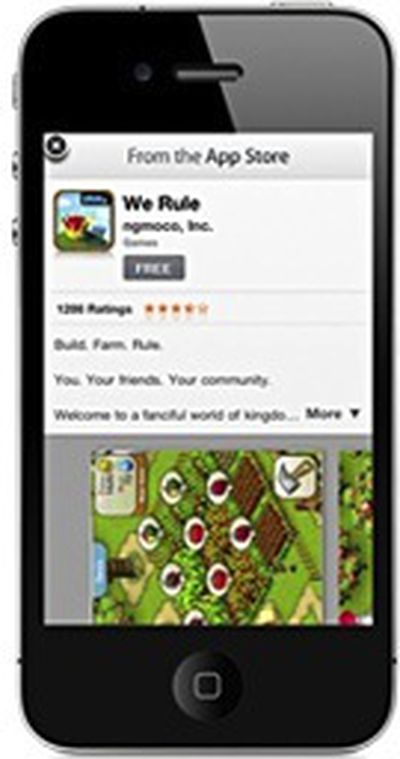 Last month, we shared the story of one developer who participated in a trial of Apple's iAd for Developers program only to find that the experiment was not cost-effective for his 99-cent application given Apple's pricing structure for iAds.

The Los Angeles Times follows up with a more expansive look at the iAd for Developers program, finding that while many developers feel that the pricing leaves something to be desired, the financials are beginning to improve as the program matures.

"It's moderately successful, and cost effectiveness is increasing," Clive Downie, Ngmoco's vice president of marketing, said in a statement. "We use many advertising streams so finding the perfect place for iAd in the overall life cycle of a product is still an objective for us."

Still, nearly a dozen iAd developers who spoke with The Times said they were enthusiastic about the fledgling program.

According to Apple spokeswoman Natalie Kerris, 75% of developers participating in the iAd program either renew their trial period of increase spending commitment, suggesting at least some level of satisfaction with the performance.

"We're thrilled by the response to the iAd for Developers program, which is a great way for developers to advertise their own apps to millions of users," said Apple spokeswoman Natalie Kerris.

"It's fairly early to deem successful, but so far we've seen tremendous traction, and we do plan to continue running," said Tina Couch, spokeswoman for textbook rental service Chegg.com.

While Apple is said to charge traditional advertisers per-impression fees as well as $2 per click for their interactive ads, the iAd for Developers program offers a simpler interface and a more budget-conscious alternative for iOS developers, with pricing reportedly set at a flat 25 cents per click.