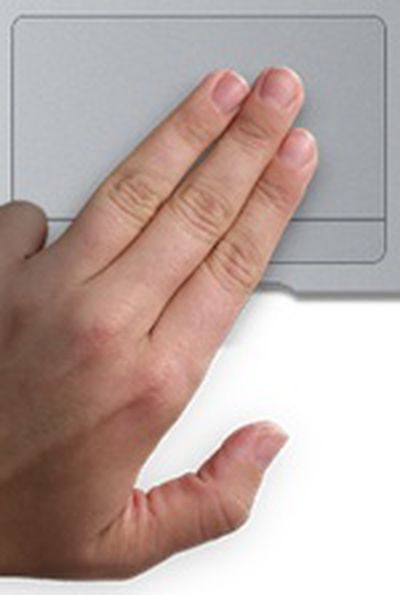 Full details are included in an Apple support document:

These Mac portables support inertial scrolling and the three-finger drag gesture after you install Magic Trackpad and Multi-Touch Trackpad Update 1.0: