Apple today released the first beta version of iOS 4.1 and the associated software development kit (SDK) to developers. There is no word yet on changes included in the updates.

Many users have been waiting for a promised iOS software update to address signal strength display issues on the iPhone 4, but it is likely that Apple is planning to push out a smaller update specifically addressing issue rather than waiting for iOS 4.1 and all of the associated developer testing before releasing it. 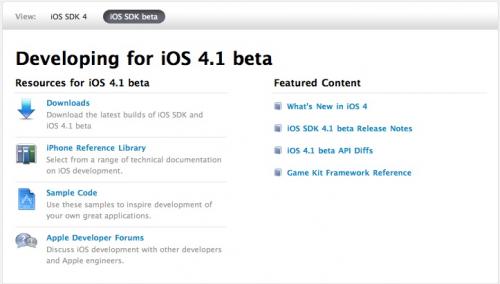