Monday June 28, 2010 10:35 pm PDT by Arnold Kim
We knew it had to happen. One developer has made a video demonstrating their Flashlight app for the iPhone 4. Unlike the countless Flashlight apps for the original iPhone which simply turned the screen white, this new app actually makes use of the LED camera flash on the iPhone 4. What we won't know is if this runs afoul of any of Apple's App Store rules. The developer, however, is planning on submitting it to the App Store. 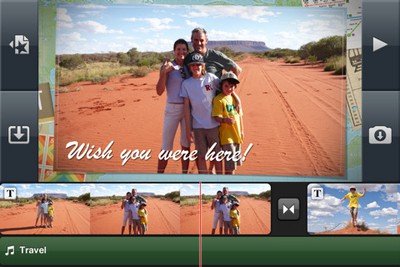 Meanwhile, individuals have worked on unofficially installing Apple's iWork and iMovie apps to other iOS devices. The iWork apps are presently iPad only while the iMovie app is an iPhone 4 exclusive. Aside from some formatting issues, Pages seems to work fine on the iPhone 4. There have been hints that Apple is planning on bringing the productivity suite to the iPhone.

Meanwhile, Redmond Pie posts a video of iMovie running on the iPhone 3GS. It is said to be running "almost perfectly". One person even got it running on an iPhone 3G -- though with some crashes. The findings are interesting in that we had speculated that iMovie might have required the higher RAM and faster processor of the iPhone 4.